Queensrÿche’s first album for new label, Roadrunner Records/Loud & Proud, will be released this Summer. ‘Dedicated To Chaos,’ was recorded in the band’s native Seattle and produced by Kelly Gray.  UK fans will get their first taste of the new music when the band is very special guests to Judas Priest on their July tour dates. 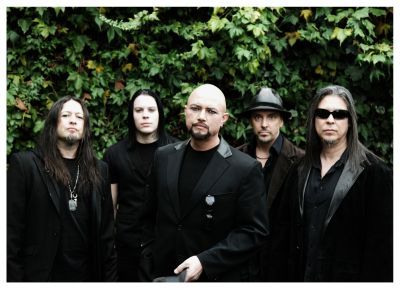 Frontman and founder Geoff Tate remains the creative nucleus of the band which also features Michael Wilton, Eddie Jackson, Scott Rockenfield and Parker Lundgren, as they continue to make against-the-grain hard rock.  Since their inception over 25 years ago, Queensrÿche have sold over 20 million albums worldwide and have performed in over 22 countries.

“Modern life moves fast” commented Tate about the latest release. “Plug into the rhythm of the now with our twelfth studio album, ‘Dedicated To Chaos’, the clash and slash of musical experimentation anchored by the pulse of digital code.”  Tate did issue one suggestion to eager listeners, stating: “Enjoy, headphones are a must.”

The band is also celebrating its 30th anniversary this year and ‘Dedicated To Chaos’ marks a new chapter in Queensrÿche’s already impressive history.

Tickets are on sale now, priced £36.00 in advance and are available from box offices and online. Doors open at 6.30pm.