Sound Of Guns to showcase new material on October tour

Liverpool’s Sound of Guns have announced a nine-date October headline tour. Following on from a summer recording their second album with acclaimed producer Dave Eringa and playing festivals up and down the country, the boys will first road test the new songs before releasing their second album in early 2012. 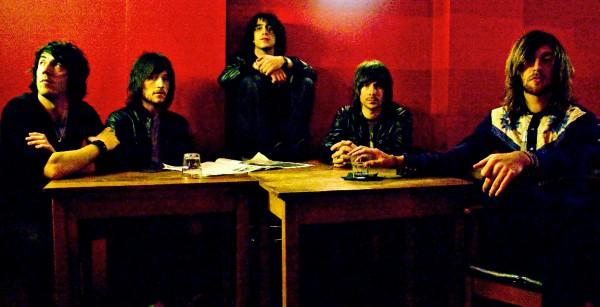 It’s been a great year for the band so far playing sell-out headline shows, tours with The View and Miles Kane, a Radio 1 play list and ‘What Came From Fire’ being one of the ten debut albums shortlisted for the XFM New Music Award 2011.

Speaking of the tour, Si Finley said: “We’ve been playing a couple of tracks from the new album at festivals already but this will be the first chance to properly test new ones to our own crowd. The new album is done and dusted, ready for release next year, it’s massive.

We went into the studio the day after a month’s touring with The View boys so we were all fu**ed, then straight on tour again the day we finished recording. Andy ended up in hospital after singing non-stop for 2 months so he’s lucky to be singing at all! We can’t wait for the tour and there will be something special for fans at the shows.”

Catch the band at the following dates:

For more information visit the official Sound Of Guns website.