Australian shoegaze outfit The Black Ryder are coming to the UK in March 2015 on their first ever tour here. 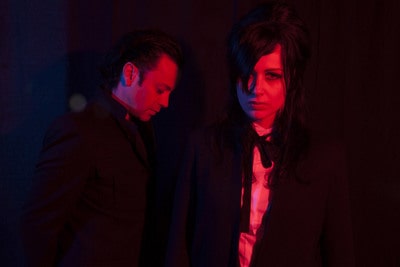 These UK dates follow the release of their new album, ‘The Door Behind The Door’, which is due on February 24th 2015. It is the first LP from The Black Ryder to be released in the UK.

Aimee Nash and Scott Von Ryper lead the group and they wrote, engineered and produced their debut album ‘Buy The Ticket, Take The Ride’ themselves before releasing it through US label Mexican Summer.

Their upcoming record promises to be “majestic” and “layered” with one track leading naturally to the next.

Speaking about the album, Scott said: “The whole idea is that it is a journey where, as a track finishes, one door might lead to ascension, whereas another may be a descent.”

The duo have already made waves on the LA scene, where they are currently based, and have played alongside the likes of The Cult, Primal Scream, Broken Social Scene and Black Rebel Motorcycle Club. Their UK tour dates follow on from of a handful of shows in the US. They will be heading back there to play the Austin Psych Fest in May 2015 with bands like The Jesus and Mary Chain and The Flaming Lips.

As part of their UK tour, The Black Ryder will be playing a headline slot at the psychedelic rock and roll festival, Cosmosis, in Manchester.

Tickets are available now and can be booked here