Australia’s The Getaway Plan have become one of the most talked about upcoming rock bands in Australia.  Having gone through a rapid rising, sold out national tours, an untimely hiatus and then coming back with a chart topping album via Warners/UNFD it is now the UK’s chance to see what all the fuss has been about. 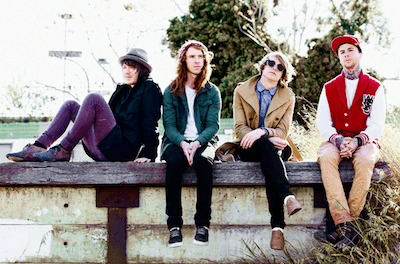 With ‘Requiem’, the band has created somewhat of a statement album. The record is the product of four months spent in Toronto with multiple Grammy Award winning and much sought after producer David Bottril (whose previous work includes from Muse, Placebo, Tool, Silverchair). The album will be released in the UK on October 15.

The band will also be hitting UK shores this September with Pierce The Veil and Crown The Empire. “This is the first time The Getaway Plan has toured the UK, or in fact, anywhere outside of Australia. We were meant to come for Sonisphere earlier this year, but it got cancelled. So we are more than grateful that we can return so soon after that happened. We can’t wait to immerse ourselves in a music culture that has spawned many of the most influential artists of the past and present” says Clint Owen Ellis of the band.

Tickets on sale from www.kililive.com and all usual outlets.