Young Guns announce Dangerous!, The Xcerts and Every Avenue as UK tour support

Young Guns, who are currently out in Thailand recording the follow up to last years debut album, ‘All Our Kings Are Dead’, are pleased to reveal the supporting bill for their upcoming September UK headline dates. Joining the band on the tour will be Americans Every Avenue, Scots The Xcerts and Australians Dangerous! 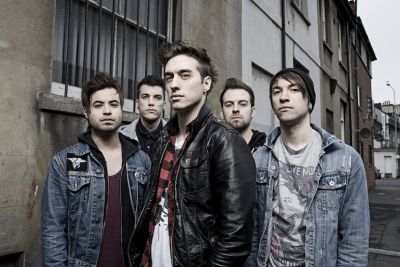 The dates for the tour are as follows:

“For our biggest headline shows to date, we thought it would be appropriate to do as much as we could to bring together a collection of brilliant bands, that along with us add up to a really varied and strong bill. Dangerous! are an amazing new band from Australia that we were lucky enough to see last month in Birmingham. One show and we were totally hooked, they’re definitely going places fast and we’re super excited to have them on the tour with us. The Xcerts, in our humble opinion, are one of the best bands the UK has produced in years and we’re honoured to have them playing shows with us too. Every Avenue round out the bill and to have an established American band of their calibre is amazing – we love this bill and having these great bands from around the world agree to play our shows is a huge deal for us. Along with the biggest production we’ve yet had, and a couple of new songs going into the set list, this tour is a real turning point for us and is not to be missed! See you there!”