Mikey Rukus soundtracks his life, and talks the future of music in All Elite Wrestling

Home » Mikey Rukus soundtracks his life, and talks the future of music in All Elite Wrestling

AEW theme guru Mikey Ruckus shares the soundtrack to his life, talks us through working on his favourite wrestling themes, and offers advice to emerging music producers in this new interview for the Soundsphere magazine x Gimme A Hull Yeah wrestling series. 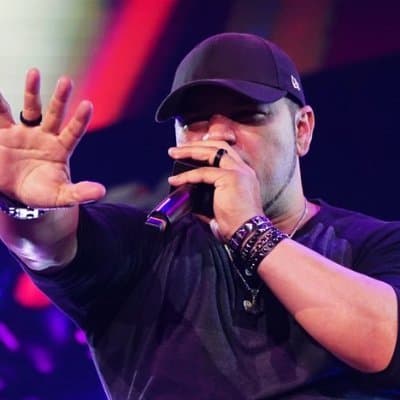 The art of producing a great wrestling theme song can make or break the future of that performer’s overall career path within an organisation.

If the theme is a hit, the crowd in attendance and those watching at home will let you know by their interaction at a show or through the use of social media.

Soundsphere Magazine and Gimme A Hull Yeah! were fortunate enough to speak to the man behind many of the music you hear in All Elite Wrestling (AEW) today, Mikey Rukus.

The producer, who alongside his band No One Hero, is responsible for the opening theme song of AEW’s flagship show, Dynamite. This is an experience Rukus describes as “surreal “especially when he first heard his work on the debut episode.

“Just being in that moment and 11,000 people on their feet, and Justin Roberts counting down, and then my son texted me at that moment before we went live about how proud he was of me and everything like that, it all came into that moment and it was all I could do not to burst into tears.”

He continued: “But literally that moment when the pyro hit and I was standing to the left of the stage on the floor and I could look up and see the big tron and the video playing, that was the most surreal moment of my entire career and I will never forget it. Everything else kind of falls in line behind that.”

There’s no disputing how big it is to say you and your friends created the opening for what is now one of the biggest professional wrestling companies in the world, but as a producer for a majority of the roster’s themes, does Mikey have a specific one that he prefers?

“It’s funny because, and I don’t want to sound politically correct, [but] every single thing that I’ve done, every single theme I have done, is special to me for a specific reason.”

However, we might get more insight into that question later down the line with him adding: “There’s a different story behind it and one day I’ll sit and maybe I’ll break it down into a series of the whole scenario around a particular theme song, what we were going for, the interactions and stuff like that.”

Creating numerous themes that will resonate around the globe comes with huge responsibility and having the skill to produce standout songs has plenty of elements to it, including some similarities with making commercials, a line of work Rukus is no stranger to.

“And it’s the same thing with wrestling themes, it has to be quick. The average wrestling theme on television, you get maybe 45 seconds to a minute 10 on live tv. On pay-per-views it’s a little bit longer because they have a little bit more time to work, but you have to make sure you’re getting your point across in that timeframe.”

He went on to mention the thought process of producing a wrestling theme to those timeframes and how, once you’re familiar with this, your work becomes easier.

“So, you have to think of those processes of “If this could be a full song, but do I start with the chorus here? Do I start with a verse here? Where am I heading in with the melody? How long before it starts?” So, a lot of it comes down to tempo and the timeframe, that’s your framework.

“And it sounds like a lot, but the more you do it, the more you’re used to it, you just automatically have a framework in mind and you can kind of move at a rapid pace.”

AEW now has several shows broadcast throughout the week, including Dark, Dynamite and Rampage, all of which you’ll be able to listen to the work Mikey has produced for the company.