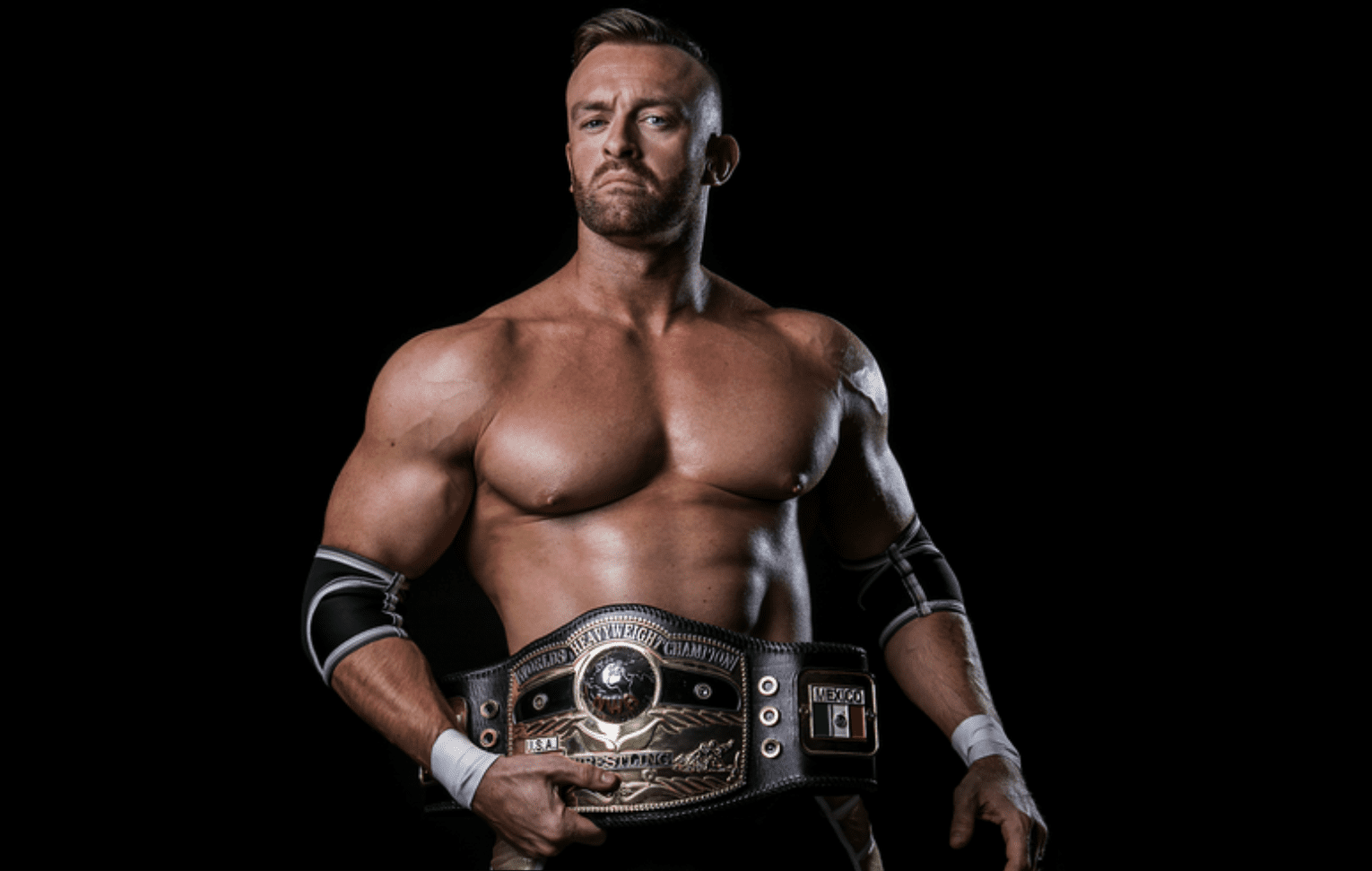 We speak to NWA world champion Nick Aldis about his upcoming book, his time in the TNA and what the future holds for the NWA post lockdown, along with some helpful advice on how to get through the difficult days.

Aldis has had an eventful career, whether that be his time on Gladiators, TNA or NWA. He diversified himself right from the start by being the bad guy on Gladiators. “Everyone else is doing that, I’m gonna do this, I’m gonna be Ric Flair up in here.” After doing this, the next season of the show every guy wanted to be the bad guy. From here Aldis moved to TNA wrestling under the name Brutus Magnus, and after years of success there he moved to the NWA and became world champion.

A lot of people are striving to do new things whilst under lockdown, some take up new hobbies or attempt to do something new creatively. Nick Aldis has decided to write a book about his time in the business between moving from TNA to NWA. “For a lot of people there is this sort of weird mystery, what happened with me when I finished with TNA and why I didn’t go to WWE, what was I doing in that time in-between, so I just thought okay I’m just gonna cover it all in detail.”

Nick has also been watching The Last Dance in lockdown and comments on how it reminds him of the wrestling industry, “I’d remind people that the WWF that existed post-Hogan, did not exist to Hulk Hogan when he was in the business, so he wasn’t sitting there going, ‘if I could just get to WWF, that’s my be all end all, that’s my ultimate goal just to go to WWF’, his goal was to just be a big-time pro wrestler and draw money and for whatever people want to.”

We also ask Nick about how happy he is currently within the position he holds, “Yeah, I mean I’d be lying if I said that I wasn’t feeling a little insecure about the situation because we exist on the whim of Billy Corgan, and Billy understood that this investment was going to be quite a long one and wasn’t likely to show a return on investment for quite some time, but he also can’t just piss his money away, so you know the real struggle is building and cultivating an audience and being able to keep up with the expectation that then gets put on it.”

In terms of how the business started, “We’ve existed for less than three years, I mean we pretty much just started from nothing, other than the belt, which still had some credibility as a visual representation of the past, still had some credibility, the name and the logo which again had something and Tim Storm, on which we lucked out with, which we happened to get lucky because he fit the style of presentation we were going for so well.”

In terms of what lies ahead for the NWA post-lockdown, Nick talks about the new approach the company is taking post lockdown for the fans in terms of content, “We’d rather try something new, than to do a lesser version of what we do well, because to us that’s an asset and we don’t want to diminish the value of that asset by just trying to do a pound stretcher version of it because we can’t have any fans in the building”. There will be a lot more documentary style content, “there’s gonna be a lot more deep dive stuff on the inner workings of the company, and I think that’s probably gonna be the main thing that keeps us going honestly is doing what we’ve done with the Ten Pounds of Gold series.”

During this uncertain time, Aldis has also stopped receiving payments from the NWA, in order to keep the business afloat. He also sees his role in the business as that of a captain. “The NWA my mentality has always been to be like the team captain, if Billy’s the coach and Dave’s the general manager then I’m the captain, I wanna be the best player on the team but I also want to lead everybody else.”

Before we leave Nick, we ask him how he deals with challenges in his life and what advice would he give to people who are maybe struggling currently and how to get through that, “Bodybuilding and training, working out, I found I am my most disagreeable and antsy and unpleasant if I haven’t trained, or if I have had a less than optimum day of eating”. In terms of practical advice, Nick said: “Set some goals and make some progress in them and I promise you your entire life will benefit just from the idea of saying I’ve made some fucking progress in something, it doesn’t have to be anything major it doesn’t have to be like I’m gonna start a business, I’m gonna write a book, it can be anything.”