Today, diamond-certified, multi-platinum selling Canadian rock band NICKELBACK officially announced their long awaited new album Get Rollin’, set for release on November 18th via BMG.  Led by brand new single ‘San Quentin,’ which arrives at DSPs today, NICKELBACK’s newest body of work will be their 10th studio album and first release in five years.  Anchored by a thumping beat, ‘San Quentin’ is an edgy, rock adventure, teasing the diverse range of sounds and songs that make up Get Rollin’. 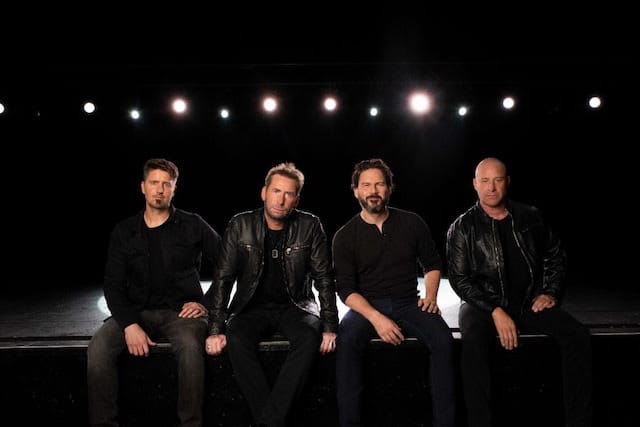 The single, ‘San Quentin’ was inspired after frontman Chad Kroeger met a real-life warden from the notorious high security California prison. The song follows the story as he plots his clever escape.  In addition to ‘San Quentin,’ the band’s forthcoming collection will feature 10 new songs all penned by NICKELBACK.

Check out the lyric video for ‘San Quentin’ below.

“We’ve spent the last few years making a record at a pace that gave us the freedom to create and we can’t wait for everyone to hear the new music,” say NICKELBACK. “We’ve missed the fans and look forward to bringing the new songs to life on stage, so let’s Get Rollin’!”

The band’s 10th studio record, Get Rollin’ and Get Rollin’ (Deluxe) will be available via digital platforms and physical CD format.  The deluxe edition includes four bonus tracks – acoustic versions of ‘High Time,’ ‘Just One More,’ ‘Does Heaven Even Know You’re Missing?’ and ‘Horizon.’  Standard and exclusive versions of the album will also be released on vinyl in 2023.  Pre-save/Pre-order HERE.

7. Does Heaven Even Know You’re Missing?

10. Standing In The Dark

With Get Rollin’, NICKELBACK will continue their legacy as one of the most successful and important rock acts of the last two decades.