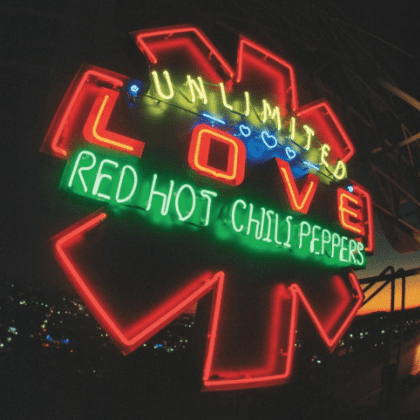 On “Poster Child,” a steady beat bolts down a bold and buoyant groove as wah pedal-drenched funk guitar shimmies and shakes. The vocals move with this tide of energy only to uplift the hypnotic hook. The accompanying animated visual unspools with one captivating vignette after another at a propulsive pace.

The band launched the build-up to Unlimited Love with the first single and opener “Black Summer.”  The single has already amassed over 16 million Spotify streams and more than 20 million YouTube views on the music video. Making a major impact, it marked the band’s best debut on Billboard’s Rock & Alternative Airplay Chart, becoming the first Top 3 entry on the chart since 2019. Within two weeks, “Black Summer” vaulted to #1 and completed the “fastest climb to the top on the chart since 2020,” according to Billboard. Not to mention, it cracked the Billboard Hot 100 and topped the Rock Digital Song Sales Chart at #1—a career first. Plus, it reached the Top 10 on both the Hot Alternative Songs Chart and Hot Rock & Alternative Songs Chart.

Inciting critical applause, Vulture hailed it as “everything you’d want with a Chilis joint,” and Paste praised it as “evocative of the band’s epic 28-track Stadium Arcadium.” Consequence of Sound christened it “Song of the Week” and attested, “They sound renewed and refreshed.” NME summed it up best as “euphoric,” while HYPEBEAST dubbed it “upbeat” and “trippy.”

Unlimited Love notably marks their first recording with guitarist John Frusciante since 2006 and first with producer and longtime collaborator Rick Rubin since 2011. It resumes a three-decade partnership with Rubin [Johnny Cash, Adele]. Their creative collaboration spans legendary albums, including the diamond-selling Blood Sugar Sex Magik [1991],  Californication [1999], By The Way [2002], and Stadium Arcadium [2006].

The interplay between the band borders on intergalactic once again—yet elevated to another stratosphere altogether. Unlimited Love represents the united spirit of four individual souls still fearlessly exploring the future of their eternal friendship and musical congregation.

This summer, Red Hot Chili Peppers will launch their first tour in support of Unlimited Love. They’ve invited a dynamic cohort of guests along for the ride at select dates, including Anderson.Paak & The Free Nationals, A$AP Rocky, Beck, HAIM, King Princess, St. Vincent, The Strokes, and Thundercat. Check out the full confirmed itinerary and purchase tickets HERE.