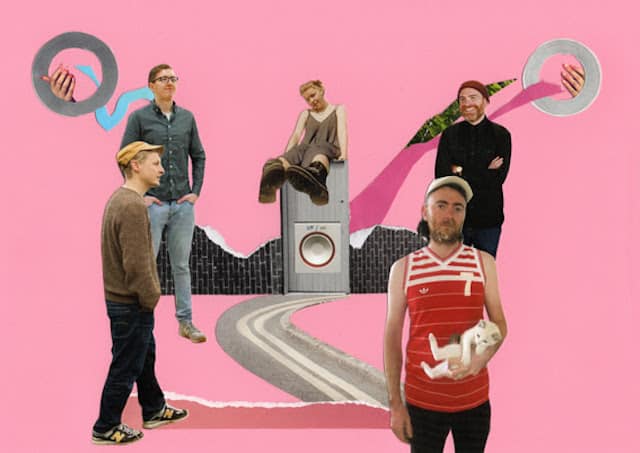 Inspiration can strike anyone at any time, and more often than not from somewhat peculiar quarters. Rarely more so than when Sam Grant – best known as guitarist and producer of Pigs Pigs Pigs Pigs Pigs Pigs Pigs – finally set about work on a solo project that had been pursuing him for some years. “It’s easier to describe it materialistically than by any other way.” he reasons “I want people to imagine that feeling of rubber – its physical memory, the unnatural vibe of it. It’s so tactile but alien, but also difficult not to know. It’s an odd analogy, but that’s what this music is for me.”

Today, Grant shares the second single from his debut, “Nothing” and explains, “Ultimately, ’Nothing’ is a song about the weight of thought, and the freedom in letting go. But the lyrics are meant to sit in a space that’s both optimistic and hopeful, and equally readable as pessimistic and futile – playing with the ideas of dualism and Nihilism.” He goes on to say,“There’s an alluring sense of the Optimistic Nihilist in the track – that prospect of knowing your own inconsequence could be liberating. But it’s always tethered to the paradoxes that creates.”

The single arrives with a surreal lyric video made by Teeth of the Sea’s Mike Bourne.