Shreveport, Louisiana’s Seratones—fronted by the gospel-trained powerhouse frontwoman and activist A.J. Haynes—have returned with the announcement of their third album Love & Algorhythms, released in the UK on 27th May 2022 via New West Records. 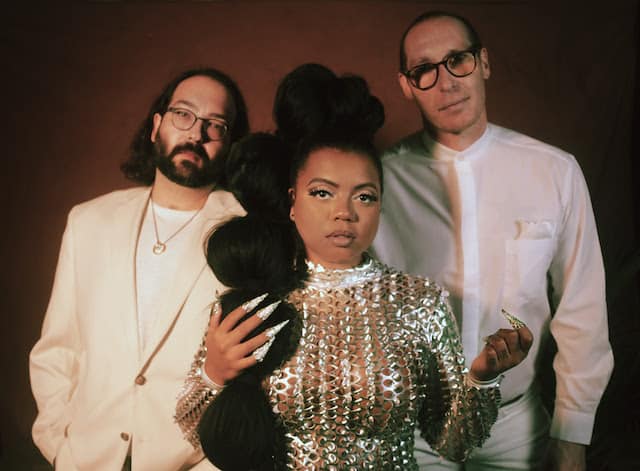 Along with the album announcement comes Love & Algorhythms’ celestial burst of a lead single, ‘Good Day’, which is out now.

The track, alongside its breezy music video, signals Seratones’ triumphant return, with Haynes’ thrilling falsetto lifting to the skies on a neon flutter. “Do you really want to get better?/ Do you really want to get well?” she sings, as Travis Stewart’s super ball bass line bouncing through the mix. Written in part as homage to novelist Toni Cade Bambara, the track blends Black gospel vocals and polyrhythms with roots spread throughout the African diaspora to produce an effervescent immediacy.

Now, three years later, Seratones dive into the joyful struggle to find pleasure in a world designed to destroy you on Love & Algorhythms, which was produced by Paul Butler at Sonic Ranch Studios in Texas. With themes ranging from Black feminism, Afrofuturism, astrology, and the struggles rooted in Haynes’ work as a counselor in one of Louisiana’s last-standing abortion clinics, Haynes says, “This is a protest album built on the form of protest I’m most interested in at this moment: getting present and sitting through difficult things with abundant joy.”

Throughout the record Haynes & co. explore the many different paths towards revolution—the kind of complex, disruptive, personal revolutions that can open transformative portals to a better future.

Over the years, the band have also become known for their powerhouse live shows, and have previously toured with the likes of Charles Bradley, St. Paul & The Broken Bones, Black Pumas, Thao & The Get Down Stay Down, Nathaniel Rateliff & The Night Sweats, and more.

The band recently announced a string of spring tour dates including stops at SXSW and June tour dates with Fitz and The Tantrums and St. Paul & The Broken Bones (see below for listings).