Video games and the ideology of sin have gone hand in hand for years. Many games force the player to commit these cardinal sins. Some games are entirely directed to show one or multiple of these sins. Little nightmares come to mind here with the chapters exploring the sins in order. The most prevalent would be the show of gluttony in the guests aboard the ship, who are not only content with eating their huge amounts of food, but due to their insatiable need to consume will chase the player character to their deaths. 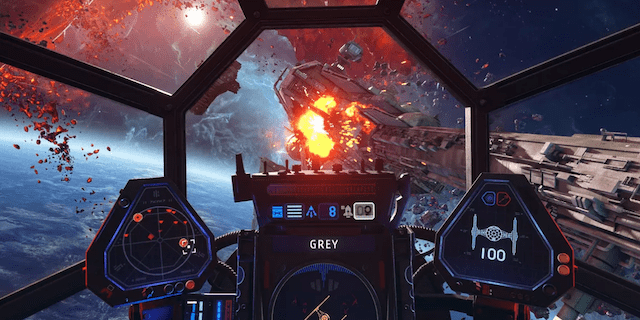 A fantastic example of a game that explores the vice grip like temptations of these cardinal sins is Uncharted 4: A Thief’s End. The prevalence of Pride on display in this game is a continuous undertone that affects each and every character through this pirate-based adventure, finally ending in the final confrontation of which the protagonist and antagonist face off in a display proving that neither of them could back down due to their overwhelming clash of pride.

This article however, isn’t about the display of the seven sins in gaming, rather my experiences with the seven sins through the media. Oh, and spoiler warning.

Pride is one of the more common of those on the list to define and to have felt. The best example of recent games would be my first foray from the single-player into the world of multiplayer in EA’s Star Wars: Squadrons. When I played the single-player campaign, I thought I had mastered the controls of my starfighter. I truly felt like a pilot, like I could take on the whole Empire myself, like I was a true star pilot, piloting ships I had adored since my childhood, seeing the S-foils on my X-Wing in attack position, the dagger-like blaster points in my Tie Interceptor aim at their target as I pull the power from my engines, throw all energy into my weapons and drift around my enemy, unleashing a volley of blaster bolts, all which hit their mark, then boosting back away threading my ship though the debris before the AI could react, brought a feeling of euphoria that I hadn’t found in a game in some time.

That joy, that pride was short-lived, however. For moving away from the story, I attempted some online matches and quickly figure out I was not even close to being the galaxies best star pilot and that spinning was NOT a good trick. I left that game with my pride in more pieces than my Tie Fighter.

Envy or jealousy can be seen in almost any game, from being wildly jealous of another player sailing in Sea of Thieves or that overpowered suit of power armour in Fallout 76 worn by a level 234 and that feeling of willingness to do almost anything to get it.

The envy I remember experiencing back when I was a mere nipper, was during Left 4 Dead 2 on my Xbox 360, It began with the horror of no regenerative health and having to rely on my one singular health pack. That was at least until me and my friends realised that other players also had med packs. What followed was often annoying other players by using med packs instantly and trying to get to others first, or more seriously, outright murdering another player or AI just for the med-pack on their back, which always worked so well, or at least until a hunter and smoker turned up at the same time. Of which we had a small amount of time to reflect on our actions.

Gluttony has been the hardest to define for this list, due to its parallels with Greed. This cardinal sin is one quite often spoken about, it’s that pointless adoration with wheels of cheese in Skyrim. We’ve all been there, middle of a dungeon, Draugr everywhere, a huge melee, blows of your sword clashing against the Draugr as they growl and attempt to block, your health begins to fall, your screen begins to turn red, hearing that Deathlord approaching followed by a poorly aimed “Fus Ro Da”. it is that moment, you hit pause, slide to the right in the menu, “this is the only mid dungeon, I might need these potions, I’ll just eat all 43 cheese wheels in my inventory.” This seems like a worthy strategy if potions were hard to come by, but they’re not, they are littered everywhere and yet the welcoming taste of dungeon cheese will always win, often leading to attacking bandit camps and scouring towns just for the cumbersome health items. And yes, I have done a stint in Whiterun prison just for cheese, was it worth it? Probably.

This sin is EVERYWHERE in games, many are just ways to make money fast, stealing just for the sake of stealing. Among the honourable mentions is just walking down any street in Assassins Creed II holding A and just seeing the Florins flow into your purse. Or to put a bucket on a shopkeeper’s head in Skyrim to steal their stock.

However, greed isn’t reserved just for money and wealth. Many Game Developers know this and give the player choices such as Mad Max giving water to other survivors and hording resources in DayZ, however it was an unclear choice in the phenomenal Spec ops: The Line that has always come to the forefront of my mind when thinking of Greed.

At the start of the 11th chapter of this masterpiece, wrapped up like another brown cover shooter you see an ally pinned under a truck with encroaching fire and asks you to end his life. You get one of the most powerful weapons in the game and a single round, here’s the choice, do you shoot and ‘waste’ that bullet or so you save it and let your ally die a dreadful death? Walking away from your ally with another bullet in your arsenal whilst your ally shouts at you will always be one of the most poignant moments of the entire game for me.

How many of us have heard all about the cheats for naked Lara, or played the Witcher 2 as a monster-filled journey from one “conquest” to the next? What I’m getting at is that the idea of lust is in so many games is such a prevalent mechanic that it’s so hard to ignore. In my opinion though, one of the most expertly-crafted examples will always be the loyalty mission of your Asari companion Samara in Mass Effect 2. On which you can trade the justicar for her daughter Morinth. This trade opens another of Mass Effect’s many romance options. This option though is one of the deadly consequences as Morinth informs the player that every partner she has ever had did not survive their mating due to the way Asari mate through their minds. This warning isn’t enough for many a player, as you can ignore that and still romance her believing that some kind of plot armour will make Shepard the exception to her mind-melting encounter. You would be wrong. Instead, players are treated to one of the funniest game over screens in gaming, as you only have yourself to blame for this lust-filled end to Shepard and by extension the probable death of the rest of the milky way.

Anger, hatred through action, destruction, there are many ways to describe Wrath, especially looking at it through the point of view of unstoppable anger to the point of enjoyment and even cruelty. Videogames as a medium can use the story of a game to invoke the feeling of anger, of wrath in the player. No example is more intense in recent years than that of the closing act of Naughty Dog’s masterfully crafted ‘The Last of US’ once you find out Ellie is in danger towards the end of the game, Joel picks up a rifle and fights his way to his companion. This gunfight isn’t like the fights experienced in the last 14 hours, you don’t want to think about stealth, you just want to splatter every moving entity in your vision into the ground, often not distinguishing between armed enemies and the (kind of) innocent doctors trying desperately to hide or run from Joel’s Rampage until you get to Ellie and carry her off to safety. This feeling of wrath felt by most players is overpowering, not for a minute thinking of what is a bystander and what is an enemy leading to wrath being such a thought-provoking issue when looking at the morally ambiguous ending of the game shortly after this one person bullet storm.

The definition of sloth is often attributed to laziness, or unwillingness to act even when you know the possible negative outcome of the current actions. An absolutely perfect example of this was found playing Fallout 3 for at least the second time. Entering Megaton and being met by possibly one of the best-dressed characters in the entire franchise, Lucas Simms. This post-apocalyptic sheriff will welcome you to the town and even mention about the bomb in the centre of the town, to be honest, the guy could be talking about anything, all I’m concerned about is that beautiful cowboy hat and how do I get it?! I’m only level 2 I cant take on this town just for a hat, I need to get him killed. That’s where Mr. Burke comes in.

I can’t describe the levels of evil I felt guiding Simms up to Moriarty’s saloon knowing the second he turns his back on the suited man he will meet his end and his belongings will be mine. I watch the moment play out, Simms lays dead on the floor and before you know it I have a snazzy new hat and gorgeous western style sheriff duster, I feel unstoppable and cunning, like Loki himself… until his now depressed son comes up to me, I’m still wearing his father’s bloodied clothes and tells me his Dad would have wanted me to have the biggest house in town. Great I guess I’ve got to live the rest of my days in this guilt house. The duster is pretty poor too so was a pure display of Sloth and the associated guilt really worth it? I’ll leave that to you? 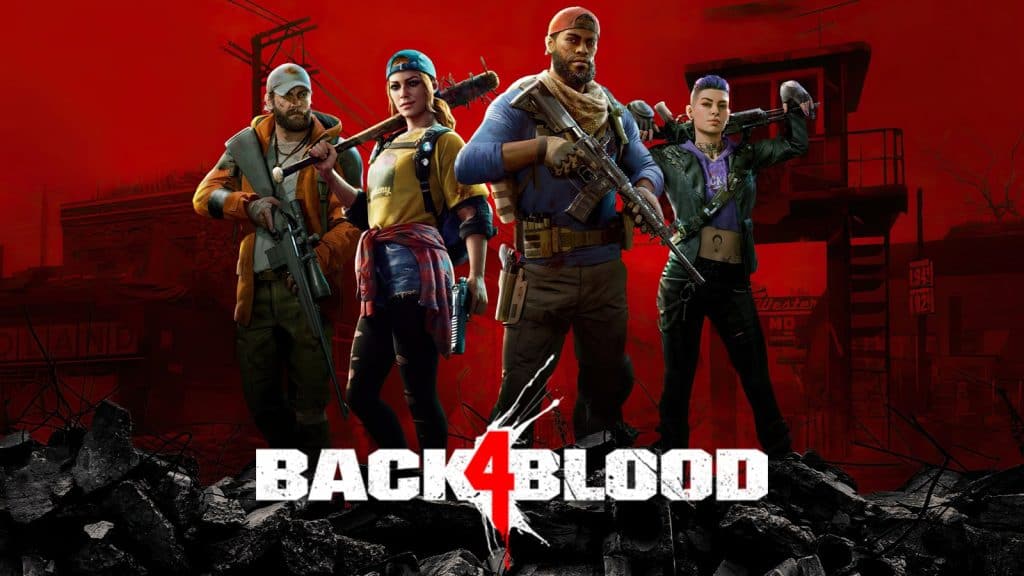 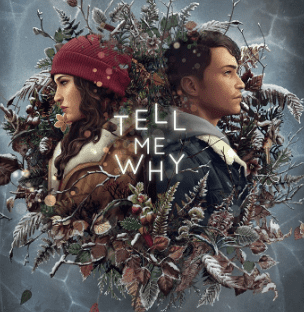