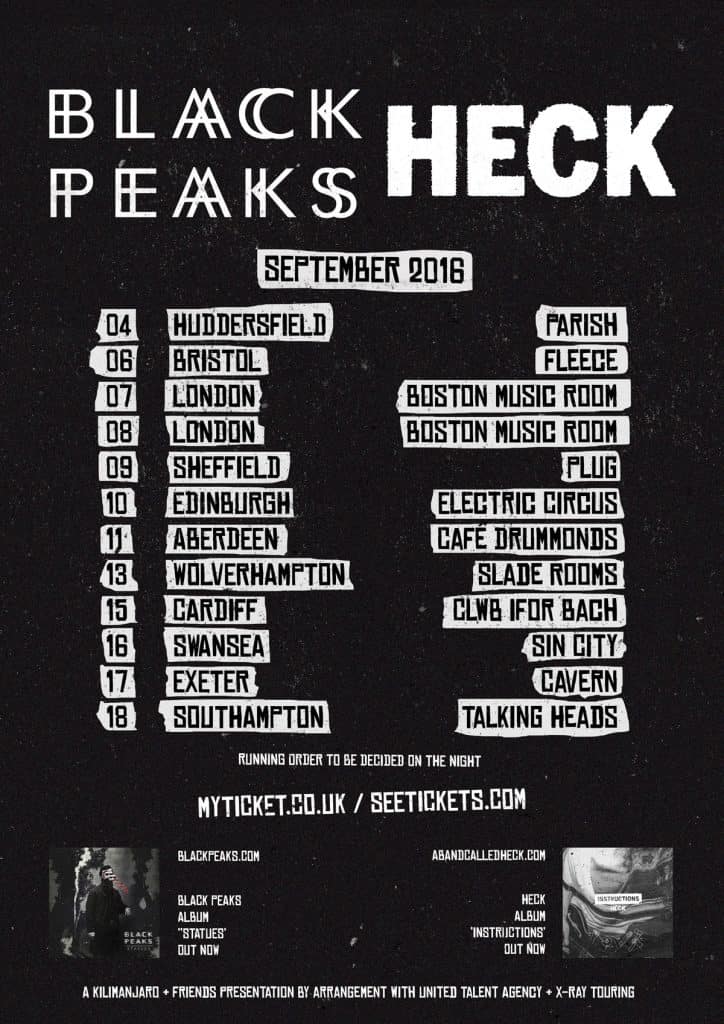 It’s been an incredible couple of weeks for both bands; Black Peaks, having just played alongside Deftones at Wembley Arena, and last weekend they delivered a jaw-dropping performance at their first ever Download Festival. This all comes soon after their critically acclaimed debut record, ‘Statues’ that was released earlier this year on Easy Life Records / Sony Red. And HECK, who similarly gave an astonishing performance at Download Festival last weekend, also released their brilliant debut LP, ‘Instructions’, earlier in this year (released via the bands own label, NPAG Industries).

HECK comments: “You know that scene in Rocky III, where Mr. T is absolutely handing it to Stallone, and you keep thinking “It’s Rocky, he’ll get up.” and then he just doesn’t? Well that’s this tour, except us and Black Peaks are Mr. T, and everyone else is Rocky.”