The Arcadian Kicks are a Birmingham-based group who have been active for the last few years, making a name for themselves by hosting their own club nights in their home city and touring extensively across the country. They have also appeared at major music festivals such as Isle of Wight and Wychwood, and were backed by BBC Introducing to appear at T in the Park in Scotland. 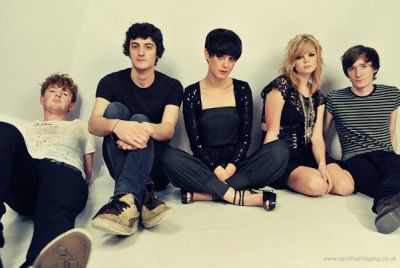 Their music blends old influences with new, and they take inspiration from right across the musical spectrum. From older bands like Fleetwood Mac, My Bloody Valentine and Sonic Youth right up to contemporary artists such as The Horrors and The Naked and Famous.

The band have evolved over the past six months, developing their music into a formidable new sound that weaves shimmering, ethereal melodies with shattering, wailing soundscapes and relentlessly solid rhythm, all of which is brought together by powerful, delicately honest lyrics.

They have been working and recording with Mike Chapman, legendary producer for Blondie and The Knack. When discussing his work with the band, Chapman says: “I can honestly say that making this record was right up there with the best work I’ve done. Any time you get to work with kids who have their kind of skills, you are reminded on a daily basis of why you got into this business in the first place.”

This partnership has resulted in two creative, extremely weird and enjoyable studio sessions, and has produced music that’s seen the band take a step forward from their indie/rock roots into a sonic realm of rhythm and harmony.

The band released ‘You Play The Girl’ as a free download on their Soundcloud page.