Rival Sons have announced a European headlining tour in support of their forthcoming new album, ‘Head Down’, which is due to be released on September 17.  The tour kicks off on September 21 with nine shows in the UK, before moving on to continental Europe. 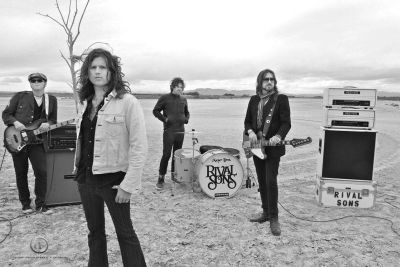 Earlier this summer on a run through Europe, the band performed numerous headlining club shows and huge rock festivals, as well as shows with the likes of Guns N’ Roses and Evanescence.
Rival Sons drummer Michael Miley comments:

“Hey y’all!  September 17 marks the new chapter for Rival Sons.  Soo looking forward to playing the new material for ya’s.  Thanks to all our awesome super fans.  See you soon!”

See Rival Sons on tour in Europe at the following shows: