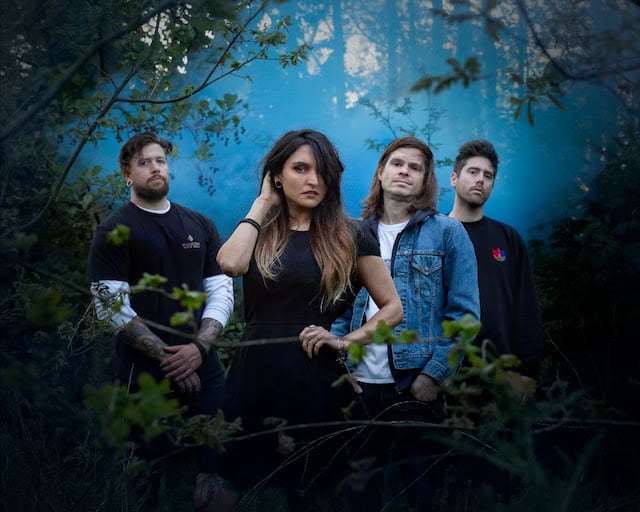 “If you listen closely during the intro, you can hear the rain hitting the studio’s tall glass ceilings – a minute detail that captures the atmosphere of the track perfectly. We entrusted our talented friend, Bobby Pook at Sumo Crucial Productions, to create the video. With minimal instructions, he produced a beautiful visual representation conveying the song’s mood – the yearning for togetherness and affection to contend the almost apocalyptic sense of solitude. A mood that we have perhaps all been confronted with at some point over the last two years.

“The video follows the protagonist waking up, anxiously chasing down the streets in search to intercept his sense of foreboding,” Isa continues. “In comparison to the previous two singles, ‘Lull’ takes the listener on a more vulnerable emotional journey.”

Some of the band’s darkest and yet most hope-filled music to date – Hush this is their proverbial calm before the storm. Radiating warmth through a haze of abrasive layered guitars and the beautiful soul of Isa Holliday’s vocals, Hush surpasses Slow Crush’s highly-acclaimed debut album Aurora in both songwriting and musicianship.

Like the rest of the world, Covid-19 severely impacted the band’s plans – but they turned it to their advantage. Cancelling two European tours and one last-minute US tour was a blessing in disguise, allowing Slow Crush to regroup and rethink in a turbulent period.

Musically and lyrically Hush takes a slightly darker path, touching on the events and issues of the past year. Hush was recorded mid-pandemic in January 2021 in Ghent, Belgium, in whirling rain and snow. As with Aurora, Hush has the intensity and guile to fully envelop the listener, allowing them to form their own narrations of the story the band weave throughout.

Slow Crush will be touring the UK in support of Loathe. Dates as follows: