Straight Line Stitch, the five-piece outfit from Knoxville, will be touring the UK as special guests to Lacuna Coil on the Italian group’s extensive ‘Darkness Rising’ tour this November. 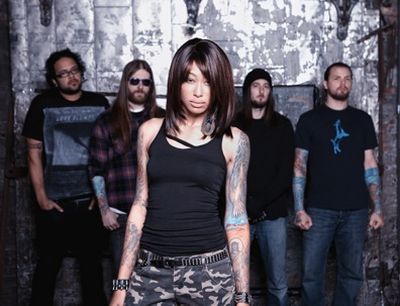 This will the first time that Straight Line Stitch – fronted by powerful vocalist Alexis Brown – have toured over here, having previously only appeared at this year’s Download event.

Prior to Download, the band had their latest studio album, ‘The Fight Of Our Lives’, released via Spinefarm Records.