Developer Sharkmob is excited to announce that its dark and thrilling free-to-play Battle Royale game Bloodhunt will be fully launching on 27th April 2022 on PlayStation 5 and PC platforms. In this bloodthirsty third-person action shooter set in the Vampire: The Masquerade universe, players will take to the streets of Prague for epic battles between ruthless vampire fighting to dominate the night armed with supernatural powers, weapons and their own cunning. 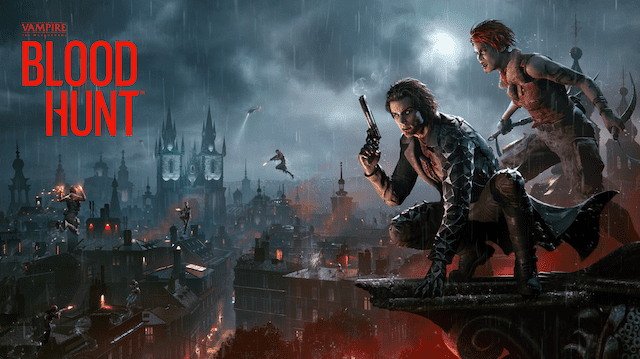 Bloodhunt has been made even more immersive on the PlayStation 5 version of the game with high quality graphics, exciting DualSense Controller features and epic Tempest 3D Audio. Bloodhunt is free-to-play for all players, but for something extra special, fans can pre-order the PlayStation 5 Founder’s Ultimate Edition of the game, which comes with 100+ additional cosmetics items for players to customise their characters even more and 1,000 Tokens of in-game currency to purchase vanity items or the game’s Battle Pass.

David Sirland, Producer for Bloodhunt said: “After a successful Early Access period, Sharkmob has been implementing feedback from the game’s community and we can’t wait to show fans how the game has progressed. We’re delighted to be bringing the game to a new audience of PlayStation 5 players and are excited to be launching the full game this April in all its glory.”

More about Bloodhunt on PlayStation 5

Bloodhunt is a thrilling free-to-play battle royale game set in Prague consumed by a ruthless war between vampire clans. Use your supernatural powers to hunt and outsmart your rivals and Inquisition soldiers in this third-person action shooter. Gear up, feed on potent blood to grow in power, defy gravity to strike from anywhere, and dominate the night!