Home » Softcult return with new single ‘One Of A Million’

Seamlessly combining grunge, shoegaze, dream-pop, and punk, Canadian duo Softcult has quickly become leaders of a new Riot Grrrl movement for the digital age. Today they share new single ‘One Of A Million’ ahead of their performances at Reeperbahn Festival this weekend, and their UK tour with the legendary Incubus next week.

Born in the studio, twin siblings, Mercedes (she/her) and Phoenix (they/them), are building their own universe around their music with a message. With Phoenix running point on production, engineering, and artwork, Mercedes directing/editing their videos, and both writing astoundingly intimate lyrics about self-empowerment amidst social, political, and environmental collapse, the duo is about as DIY as it gets. They even create and produce their own zine called SCripture, currently on Vol. 20, and are active participants in their Softcult Discord server, a safe online community for their fans as recently spotlighted by Alt Press.

‘One Of A Million’ puts Softcult’s brilliance on full display. Musically, it’s lush and cinematic while Mercedes comes to terms with the intense realities of the world around her.

On the track she says, “Originally, I was writing from a frustrating perspective, expressing my feelings about the people in our society who think they are the exception and can justify repeating selfish actions, no matter who they harm in the process. As the song began to take shape, it also became about my own personal insecurities and fear of being ordinary and unexceptional, but the more I thought about it and wrote about it, I realized that accepting how similar we all are as human beings is a comforting sentiment, if not a vital one. The more we relate to each other and acknowledge our similarities, the more empathy and compassion we will have for one another. The more divided we are, the longer these issues get drawn out instead of solved. It’s important to not only celebrate our diversity and unique-ness, but also to remember that at a very basic level we are all more the same than different.” 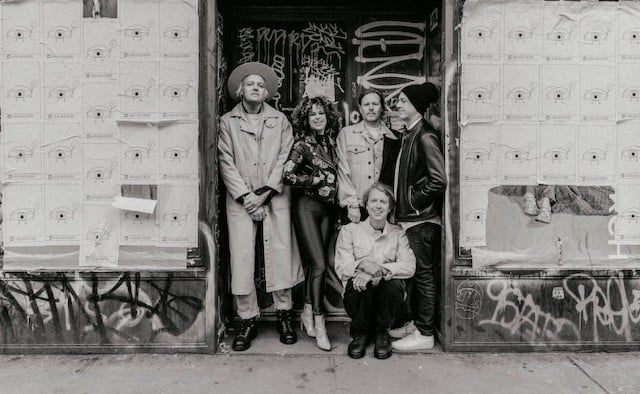