Due to overwhelming demand, SPIRITBOX are thrilled to confirm they’ve been able to add a second night in London after their Download Festival performance. 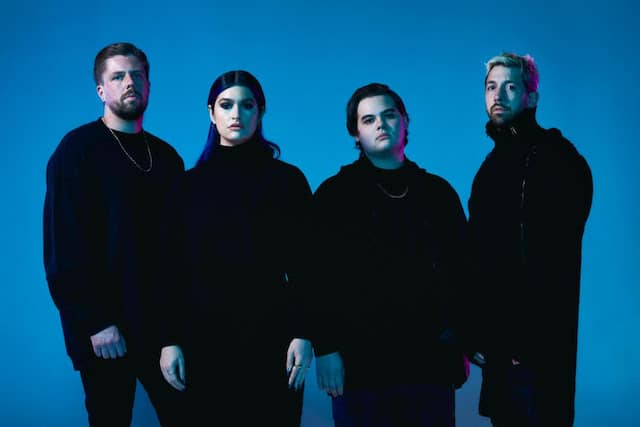 Announcing their debut headline UK performance on Monday 13th June last week, the show promptly sold out in under a minute.

The band will now perform at the O2 Academy, Islington, on Tuesday 14th June as well. Age restrictions for both shows are 8+, though under 16s must be accompanied by an adult.

There will be no pre-sales for the second night and fans will be restricted to purchasing 2 tickets each only. Tickets go on sale at 10am GMT this Friday 4th March at: https://www.livenation.co.uk/artist-spiritbox-1362380.

Download Festival also recently announced that SPIRITBOX have been moved up a stage, and will now perform on the Avalanche stage on Sunday 12th June, instead of the Dogtooth stage.

Last night, it was revealed the band have been nominated for 2 awards at the prestigious Juno Awards in Canada – Break Through Group Of The Year and Metal/Hard Rock Album Of The Year. The Juno Awards will be held on 15th May in Toronto.

The band previously announced a special collaboration with Z2, to present “Eternal Blue: A Spiritbox Graphic Novel” by veteran comic writer Jim Krueger, artist Amilcar Pinna, and colourist Treonna Farrell. The graphic novel unspools the eerie tale of Eva, a brilliant painter on the verge of unbelievable acclaim and success. But her inability to reconcile her public perception with her true self allows a Spiritbox — a device used to communicate with the dead — to transport her to an ethereal world. Here, she finds herself trapped in a realm where false shadows become real and dangerous. The novel is offered in both softcover and hardcover formats, with covers courtesy Justin Cherry available in select comic shops, as well as deluxe, super deluxe and platinum editions packaged with a limited-edition, functional Spiritbox device, gallery-ready prints by Jason Levesque, and more available exclusively through Z2‘s webstore.

SPIRITBOX‘s ‘Eternal Blue’, one of the mostly hotly anticipated debut albums in recent years, was released on September 17th, 2021. The band went on to smash week 1 charts across the world. In the USA, it landed at #13 on the Billboard Top 200 and topped both Billboard’s Top Rock Albums and Hard Rock Album charts, as well as debuting in the Top 20 of the official album charts in Australia (#8), Canada (#17), Germany (#17), and the UK (#19). To date, SPIRITBOX has received more than 163 million digital music streams and has had the #1 song on SiriusXM Liquid Metal for two consecutive years – the first artist in the history of the programme to achieve this. Find ‘Eternal Blue’ on all streaming platforms here and stream the video playlist on YouTube here.