STARCRAWLER’S Arrow de Wilde and Henri Cash on their success, and what they want their legacy to be

Home » STARCRAWLER’S Arrow de Wilde and Henri Cash on their success, and what they want their legacy to be

Arrow de Wilde and Henri Cash reflect on their earlier material, what it was like to perform with Nick Cave at All Points East, and loads more. 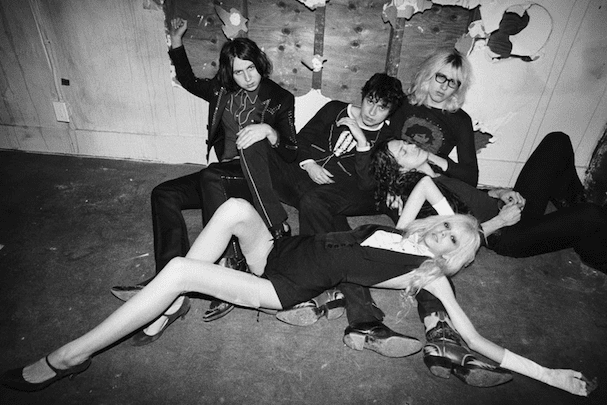 As the band reflect on their recent success, and what it means to them, Arrow says that she doesn’t really view herself as successful, overall: “It’s not that I think that I am unsuccessful, it’s just I think too much! I am super-blessed to be living this life, and have that be my career.”

While the group looks effortlessly cool, that confidence isn’t something that has always come so easily. “I still go to voice classes,” says Arrow. “When we started, we sounded bad,” laughs Henri. “The Ramones weren’t good, they didn’t know how to play when they started, but they are amazing. A lot of that gets lost today, because there are so many cool three-year-olds on TikTok who can play instruments well. People need to remember that it’s about energy, and expression! You don’t need to be good! If you keep doing it, you’re going to get better. We wanted to be a capturing live shows.”

Visual art has always inspired the band, and Arrow particularly, who wanted to be a visual artist before being in the band, and actually went to school to learn to paint, draw and create: “I’ve been drawing since I was little. I love having those skills, I can design our merch. I have always been a very visual person. It’s important to us, and important to me.”

Henri chimes in discussing how important the unit’s visual element is to them, saying that it is somewhat essential, if you are going to go on stage, and put your heart and soul out there for the world to see, that it is a show, and an experience: “If you’re just standing still, it’s not that entertaining. What you’re wearing really reflects that too. A lot of times, people that don’t regularly listen to music, see what they hear. That really helped us early on at these festivals – a lot of times people were more focused on the visual side, but then they took a second to listen to the music.” Arrow concludes: “For me, it’s like you are stepping into our world for the night, it’s an escape.”

To that end, Henri reflects on what it was like for them in the Covid-era, and how excited they are overall to get back out into the live arena: “We missed playing in front of people, it is an experience shared between the crowd, and the audience, and whatever energy is in that room, will effect what sounds come out. Every time we get to play in front of an audience now, is amazing! Just getting to play is a blessing.”

Watch and listen to the full chat, which sees the pair discuss what they’d like their legacy to be, and some of their favourite UK shows to-date: