The Bobby Lees offer a final preview of their forthcoming album, Bellevue, due 7th October via Ipecac Recordings, with today’s release of “Ma Likes To Drink” and its companion video. 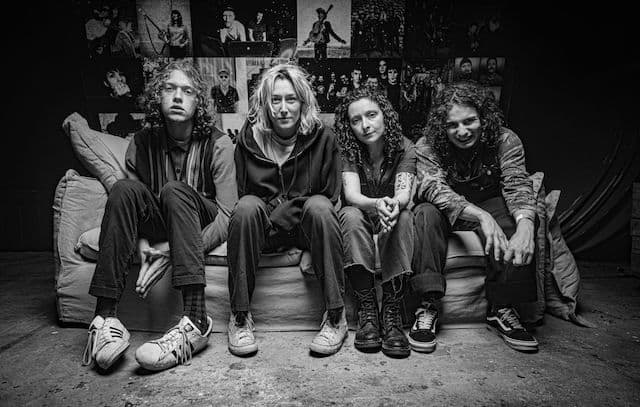 Drummer Macky Bowman said of the track: “To paraphrase John Berger: there is a stark difference between being naked and being a nude. To be naked is to be natural. Stripped of societal confines you are free to be as languorous or wanton as you wish. Even in naked acts of exhibition the primary spiritual benefactor will be the model, not the voyeur. Conversely to be a nude is to be reduced to no more than your physical form, displayed as a trite odalisque for the pleasure of greasy slobs. On an unrelated note we are all very proud of this song and video! We really hope you enjoy. Love you!”

The static shot clip, featuring singer Sam Quartin on a stationary bike sandwiched between a pair of mannequins, was directed by John Swab who also created the band’s videos for “Dig Your Hips”, and the video-meets-film short, “Hollywood Junkyard”. The band have also recently released the visualiser for “Monkey Mind” in anticipation of Bellevue‘s full release.