The Sleeping Souls are best known as Frank Turner’s loyal bandmates and fellow road warriors having played together for over a decade. But alongside this role, Tarrant Anderson (bass), Matt Nasir (piano), Callum Green (drums), Ben Lloyd (guitar) and together with Frank’s guitar tech Cahir O’Doherty (Fighting With Wire, Jetplane Landing and currently New Pagans) on vocals, they have branched out on their own with their first single ‘Liar/Lover’. 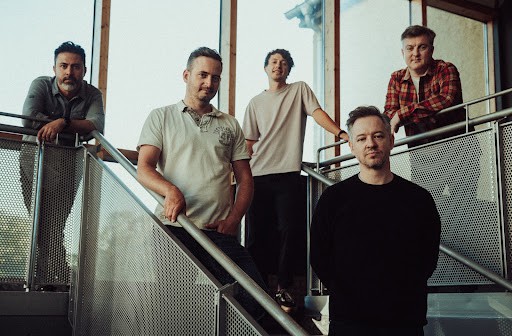 Blending the tight musicianship and ear for a heartfelt hook they’ve picked up during their many years on the road, this immense and affecting track tells the tale of acceptance in a waning relationship.

Written by the Souls whilst on the road over the past few years, the band explain:

“We lie to ourselves and each other as easy as drawing breath. Every lover lies. “Liar/Lover” is about that moment in the breakdown of a relationship when you accept that there’s no repair: only ownership of your own part in its failure.”

A slow-burning acoustic rock track that sees gentle guitar plucks and rousing vocals swirl towards an emotive climax, the new cut is the first of a number of singles taken from a debut album from The Sleeping Souls (due next year).

The Sleeping Souls have toured with punk-icon Frank Turner since 2006. They have recorded six studio albums with the artist, including 2022 #1 ‘FTHC’, headlined Wembley Arena, performed at the 2012 London Olympics and toured the world many times over.

“Liar/Lover” lands as the band wrap up a massive UK tour with Frank Turner this Autumn, with their debut LP arriving next year after their relentless touring schedule begins to ease. Catch the band performing at a number of upcoming shows with Frank here.