By Editor
By Editor October 21, 2022 Culture, News
No Comments

Rock icons The Used are back and better than ever, middle fingers raised and a loud “Fuck You” on their lips. Their new single, “Fuck You”, is out now via Hassle Records, ahead of the band’s performance at When We Were Young Festival. The track is loud, in-your-face, and everything fans have come to know and love about The Used over their storied 20+ year career. In the wise words of vocalist Bert McCracken, “There are times in all of our lives when we just have to say: FUCK YOU!” 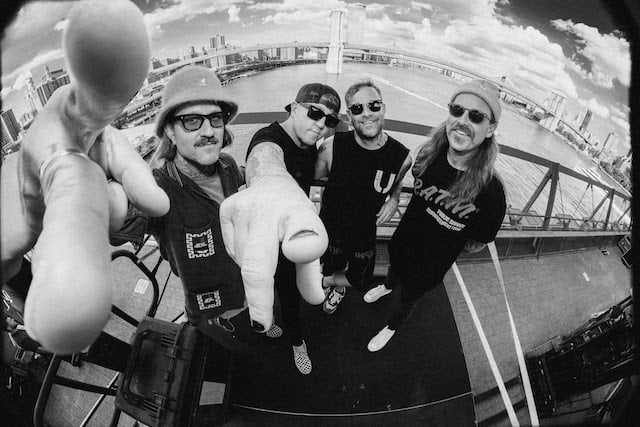 Established in 2000, The Used was brought to life and have since released a collection of albums that pioneered the scene of emo rock. High-energy live shows, gut-wrenching relatable lyrics, and melodies that blended pop sensibility and hard rock were the perfect combination to make an everlasting impression on fans globally.

The Used released their ninth studio album, Heartwork (Deluxe), in 2021 via Hassle Records. The extended album features 11 never-before-heard tracks that were all written during the original Heartwork (2020) sessions. A variety of collaborators including producer John Feldmann, co-writer Mark Hoppus (Blink-182), guest artists Travis Barker, Jason Aalon Butler (Fever 333), Caleb Shomo (Beartooth) and more helped deliver this now 27-track album that simultaneously showcases what made The Used emerge as one of the most prolific bands of the early 2000s as well as what has kept them at the forefront of the genre ever since.

The Used are currently on the road in the US with A Day To Remember, Movements, and Magnolia Park. For a complete list of tour dates and more details on how to purchase tickets, please visit https://theused.net/.

^ with A Day To Remember

the used a day to rememberthe used f you