THIS DAZE talk us through ‘Skiptracing’

Home » THIS DAZE talk us through ‘Skiptracing’ 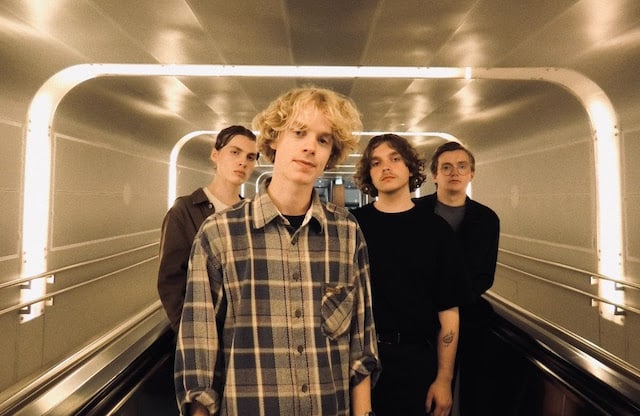 Hey guys, how are you doing today?

What’s motivating you outside of music – think specific people, places and movies, for example?

Just everyday life really – the ups, downs, all of it. a song would be rather one-dimensional if it was depending on only one emotion. I think we draw inspiration from reflecting over our past experiences and imagining future ones.

What does success mean to you guys as a band now?

Success might be seeing people come to the shows and having a good time.

How do you look back at ‘Young’ right now?

We really love that track! It was the song that formed the band and pinpointed the sound of the music. Opening a show with that tune is just perfect for getting the right atmosphere for the rest of the concert.

Talk to us about ‘Skiptracing’ – that video kicks ass too, like what personal experiences and ideas went into it!

Skiptracing was one of the first songs we recorded in a proper studio and not in the bedroom with the DIY approach. The song was produced by Matias Tellez, and turned out to be the perfect fit for the song! Skiptracing is feel-good and upbeat, with a slight touch of melancholia over it as well. The talented Laura Dodson from the band Veps directed the video during the last days of summer this year. It was really fun to shoot that video. Just walking around in Oslo, filming at a bunch of different cool locations with a simple camera. We really wanted the video to have that DIY look over it.

How are you looking forward to getting back to the UK?

We have never actually played in the UK. We really love the music scene in the UK and would love to play there at some point!