A recent press call with AEW CEO Tony Khan has provided some tantalising information about the upcoming Double or Nothing PPV and the company’s future and Khan’s purchase of competitor, Ring of Honor, could change the wrestling landscape. 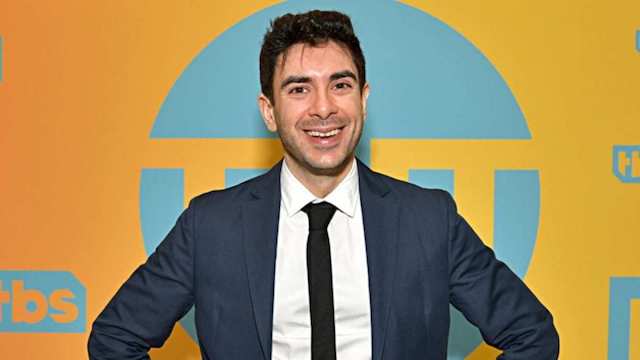 Khan was asked first about MJF and what appears to be a real-life backstage contract dispute between himself and the wrestler playing out across social media and AEW TV.

Khan answered by saying, “Wrestling thrives when real-life bleeds onto the screen. Conflict in real life can be just as exciting as what’s onscreen.” Khan went on to talk about AEW becoming such an influential alternative to WWE (without mentioning the big dub directly), and how this has created some added excitement.

His reasoning was that now, different wrestlers can move between the two companies, something that adds an element of uncertainty and drama to real life as well as what happens in the ring.

Khan then dipped back into kayfabe to discuss MJF’s match with former bodyguard Wardlow, saying how this is a “huge opportunity” for Wardlow. He also said that winning the match was a chance for Wardlow to “officially join AEW, but also to shed MJF.”

The AEW CEO was asked about his relationship with Warner Discovery. This is the network that owns TNT and CBS, the two channels AEW has been broadcast on since its inception. Khan said, “We’ve got great feedback. I think we’re blessed that the folks from Warner Bros. Discovery are throwing us an awesome party when we’re in LA.”

“We’ve done some great ratings for their network, and they’ve been so kind in hosting us. Some of the top executives are coming to attend AEW to hang out with us and get to know us, which is incredibly encouraging. It couldn’t get more positive, I’m so excited about the partnership and it’s really great for AEW.”

The main event between current champion” Hangman” Adam Page and legend CM Punk also came up soon into the call. Khan was asked if he was tempted to push Punk into the championship picture straight away. This is after the wrestler joined AEW in the summer of 2021 after a seven-year absence from the sport.

Khan said, “I thought it would make sense for Punk to come into AEW like everyone else and fight top wrestlers and work his way towards the championship picture. And he has done that. He’s put in the work and now he’s in this position. CM Punk vs MJF, especially, took the company to new heights in many ways.”

Tony Khan reiterated that Hangman Page was the wrestler to beat in AEW, saying, “CM Punk a huge part of the scene, but we’ve got the best champion in all of wrestling in Hangman Adam Page. He also worked his way to the top.”

He went on to say, “We just wanted to have this tournament to celebrate him, celebrate his legacy, and to have some great wrestling matches that Owen Hart would be proud of. I think a lot of wrestling fans are excited to see Owen Hart’s likeness associated with wrestling again.”

Khan described the final of the Owen Hart Tournament, Samoa Joe vs Adam Cole, taking place at the Double or Nothing PPV, as a dream match for many fans – including him.

After purchasing the company earlier in the year, Tony Khan provided an update on his plans for Ring of Honor and how he views the company going forward. Sadly, Khan did not provide an update about any future ROH TV deals with Warner Discovery. However, he did give some exciting nuggets of information when it comes to the future of Ring of Honor under his leadership.

Khan said, “I think it makes sense for Ring of Honor to be its own brand and stand on its own feet. I’m not saying that ROH is a subsidiary of AEW or secondary in any way. Is ROH as big as AEW right now? No. Is it selling as many PPVs? No. But the company has twenty years of history now, and its most recent PPV (Supercard of Honor 2022) was the biggest show in years.”

“We’ve been able to rebuild and get Ring of Honor to the strongest place it’s been in many years, but I don’t see it as a secondary thing. It’s one of the most important wrestling companies in the world, so it made sense to jump on it.”

Speaking about ROH’s relationship with AEW, TK said, “I want ROH and AEW to work together, but ROH isn’t going to be working for AEW. It’s chiefly its own promotion and they’re going to both be very strong, with great champions, and I’ll operate them separately.”

“What’s been great since the sale is seeing some of ROH’s top stars in AEW, including having the ROH TV champion, Samoa Joe, in the Owen Hart Tournament final at Double or Nothing.”

AEW Double or Nothing (2022) takes place Sunday, May 29, at the T-Mobile Arena in Las Vegas. The show can be watched on Bleacher Reports streaming service in the US, and through the FITE TV app in the UK.