Today, Underoath shared a new collaborative version of ‘Hallelujah’ featuring rising star vocalist Charlotte Sands. The original version of ‘Hallelujah’ appeared on their latest critically acclaimed album Voyeurist, out now on Fearless Records. This reimagined version of the song boasts one of the most addictive hooks of the band’s career over a soundscape anchored in lush guitars, soaring synths, and percussion that will rattle the listener to their bones. Sands contributes a caustic vocal performance that elevates the melody to new heights while sounding right at home alongside the well worn sonic tapestry of the band. Her vocals lend a compelling emotional narrative to the track, showcasing not only her prodigious ability as a singer but also the groups dynamic songwriting style. 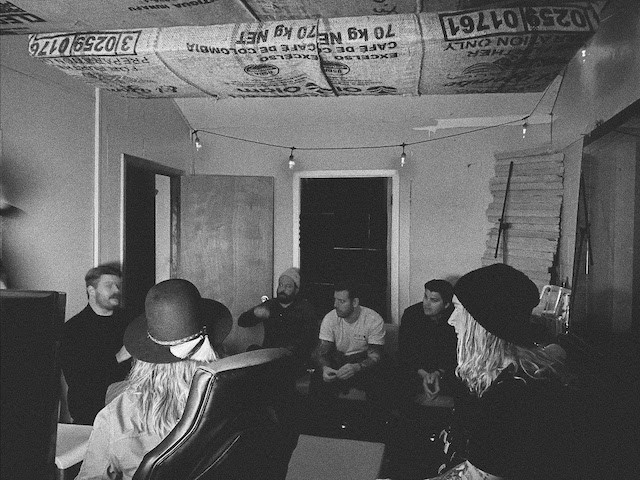 Drummer and vocalist Aaron Gillespie has this to say about the collaboration: “So stoked to be able to partner with Charlotte on this tune, she’s the real deal, a crazy talent and a great person, she brought a different and really cool environment to this song, super pumped to have to on it.”

Sands has this to add about the experience of working with the band: “Hallelujah” is one of those songs that feels like an entire experience while you’re listening. It’s one of my favourite things about Underoath, their ability to make every song, lyric, and melody feel captivating and immersive. I feel incredibly honoured that they have welcomed me into their world and let me tap into a part of myself and my voice that I haven’t shared. I still can’t believe I was able to be a part of this song and sing alongside legends like Spencer and Aaron, I will brag about this moment for a lifetime to come.”

The band will continue to celebrate the release of Voyeurist with a full North American tour featuring support from Spiritbox, Stray From The Path and Bad Omens.

This far into their storied career, Underoath has unsurprisingly faced their fair share of adversity. Through the trials and tribulations, a commitment to their craft and a sense of accountability rooted in mutual respect for each other has ensured that each new chapter for the band continues to mold their legacy in a positive fashion. With their shared history of remarkable accolades and trying hardships continuing to shape who the individual members are as people, Underoath is still just scratching the surface of what they can accomplish as a band. There are few acts in the annals of rock history that can say their best work is still ahead of them almost two decades into their career. Fortunately, Underoath falls into that category. Their latest album Voyeurist was released to critical acclaim earlier this year on Fearless Records, alongside their ambitious Digital Ghost livestream performance which showcased the band performing the new album in full.