While She Sleeps revealed to a rapt audience at Alexandra Palace, whilst supporting Parkway Drive on Friday night, that they’d be headlining the very same venue in just under a year’s time on 23rd September 2023. At the culmination of the electrifying set, the band’s crew rolled out a handmade announcement banner, to an uproarious response. Tickets for the unmissable evening will be on sale this Friday at 10am. 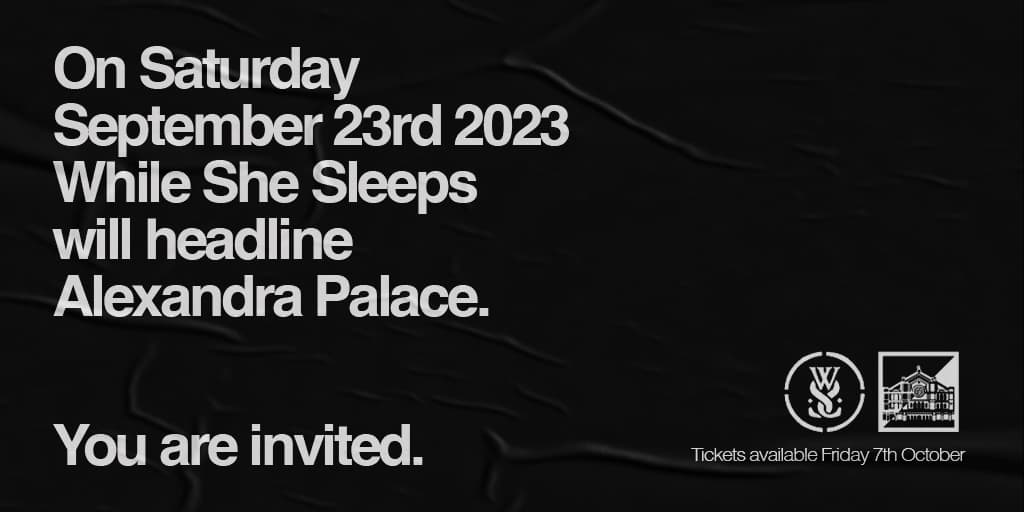 “We’re gunna be a bunch of fucking punx in a palace haha,” say While She Sleeps of the event. “This show will be the embodiment of our entire life’s work. Prepare for the biggest Sleeps show imaginable. It’s time for us to take that leap & we’ve never been more ready. For us, headlining our first arena-sized venue is proof that if we can do this, YOU the people have the potential to do anything. We’re here to make our stamp on history, not wait around for permission.”

While She Sleeps released a special expanded edition of latest album ‘SLEEPS SOCIETY’ via Search & Destroy / Spinefarm earlier this year, which included blistering new track ‘EYE TO EYE’, for which the band self-produced and directed the most epic of cinematic music videos.

The original version of ‘SLEEPS SOCIETY’ was released in April 2021, to critical and fan acclaim. The band chose a non-chart-eligible retailer local to them to push the album, which racked up first week numbers that would have landed them in the Official Charts Top Ten. Co-produced by While She Sleeps guitarist Sean Long and longtime collaborator Carl Bown, ‘SLEEPS SOCIETY’ was nominated for Best Production at this year’s Heavy Music Awards with the band also nominated in Best Live Artist and Best UK Artist categories, and ultimately winning the inaugural “Innovation” award for their trail-blazing fan-oriented society itself. The album’s single ‘NERVOUS’, which features Simon Neil of Biffy Clyro on guest vocals, reached the BBC Radio 1 Playlist, provoking discussion around mental health struggles and coping strategies, drawing upon Sean Long’s own experiences with anxiety.

While She Sleeps have been flexing their profound live prowess worldwide this year, appearing at a plethora of European festivals including Hellfest, Graspop and Hurricane & Southside. They also supported Wage War in North America, as well as headlining Australia over the summer and currently touring Europe and the UK with Parkway Drive. 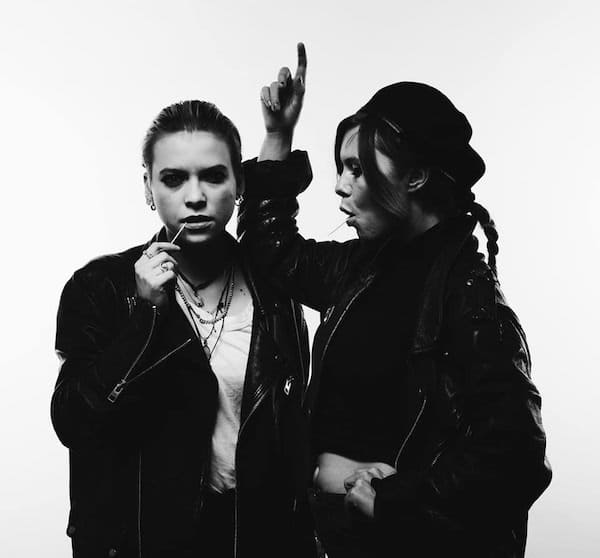