Witch Fever’s debut album Congregation is out 2 weeks tomorrow – 13-tracks that incorporate everything sludge to new wave without lingering in one sound for too long, and produced by Pigs x7’s Sam Grant. Out 21st October 2022 via Sony’s Music For Nations – pre-order here. 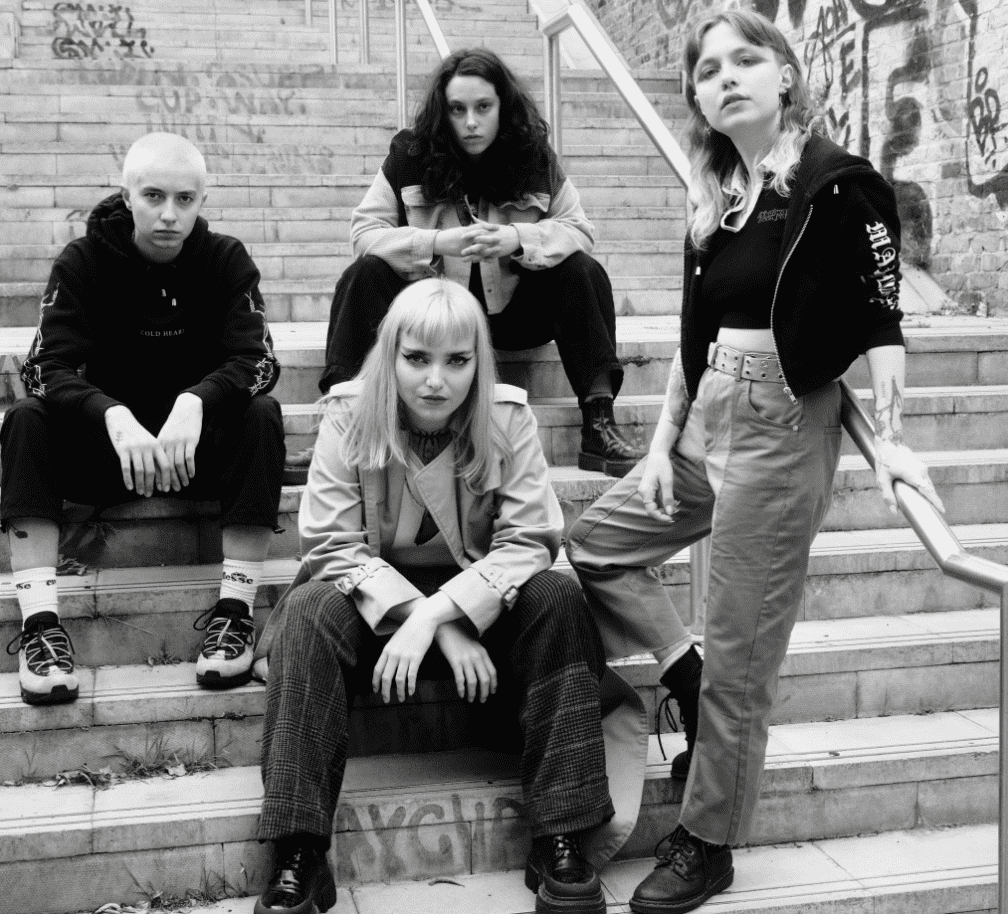 Today, they share empowering new single ‘Beauty and Grace’, about the standards set for womxn and sees the band go “full rage mode”.

Listen to ‘Beauty and Grace’:

Singer Amy Walpole says of the track, “‘Beauty and Grace’ ended up being the dark horse of the record! Before we went into the studio it wasn’t one of our faves but Sam really brought it out of its shell! The song is about pushing back against oppressive feminine beauty standards whilst also finding a place for femininity that you enjoy and makes you feel powerful !! Femininity is not a weakness, as much as society may tell you it is! If it empowers you and brings you joy it’s a strength!”

Witch Fever recently announced a short-run of intimate shows to celebrate the release of their album, with dates in Brighton, London, Leeds, and Manchester, taking place 21st – 25th October. Plus they were chosen as part of The Great Escape’s First Fifty acts which showcases the hottest artists, where they will perform at The Victoria Dalston on 15th November.

Lyrically, Congregation draws largely on Walpole’s experience of growing up in a Charismatic Church – a form of Christianity that emphasises the work of the Holy Spirit, spiritual gifts, and modern-day miracles.  She left the church when she was 16, and her parents followed suit two years later.  Guitarist Alisha Yarwood also grew up in a church, though not to the same extent as Walpole, and all members agree that the themes of the album – control, abuse of power and patriarchal violence – resonate beyond a religious framework.

While the subject matter of their songs is often heavy, Witch Fever’s attitude certainly isn’t. Their videos have always been vivid and playful, showing the band having as much of a laugh on set as they do at their shows or in the studio, plus a wardrobe that’s very London Fashion Week meets Berlin club night.

Refusing to be confined by gender or genre, Witch Fever have always defied expectations as individuals in society. Now, they’re defying expectations as a band. Congregation is the sound of punk without boundaries of any kind, and with it they are ushering in a new era of heavy music that’s accessible, confrontational and, most importantly of all, a huge pressure release.