A Dutch game developer is taking Flash-based online games to a new dimension with their newest release, launched today (November 11). 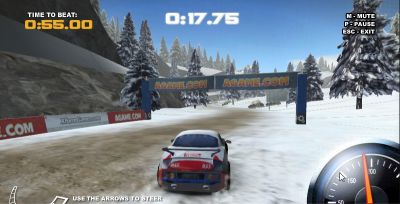 Spil Games’ ‘Rally Point Extreme’, the second instalment of a racing game which has seen over 34 million plays to date, incorporates 3D visuals across six tracks and with six different cars at the player’s disposal.

The director of the game’s developer, Peter Hofstede, adds; “we’re confident that the ability to play Rally Point Extreme almost instantly, in any browser, will make this our most popular 3D racer yet. It’s an impressive, edge-of-your-seat ride through multiple courses which has to be played to be believed – we’re very excited about 3D gaming in-browser, and can’t wait to see where this technology takes us.”

‘Rally Point Extreme’ is available to play now via the Agame website.