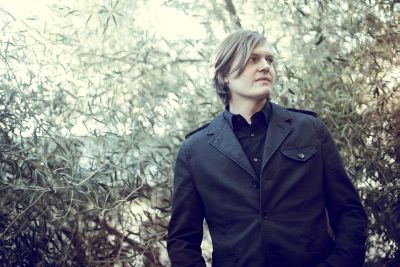 ‘Sublime Currency’ is the culmination of the eleven-year journey of Tommy Walter, the songwriter and musician who began the project after leaving eels.

Tommy Walter was bassist and co-founder of the critically acclaimed band eels, who sold well over a million copies of the debut album, ‘Beautiful Freak’.  ‘Sublime Currency’ is the follow up to Abandoned Pools’ 2005 release ‘Armed To The Teeth’, a disc that revealed a songwriter grappling with confusion and darkness. Now, Tommy has answered his own questions, finding solace in his faith and recent marriage.

“This record is more of a joyful record,” expands Walter. “I’m a happier person after I’ve gone through this process. I reached a low point in my life and I think my music now reveals how I overcame that. This record is about feeling like I discovered something that’s important to me.”

Prior to making the album, Tommy concentrated on producing, mixing and songwriting, working with artists, producers and bands such as Sara Bareilles, Ryan Tedder, Backstreet Boys, Better Then Ezra, Mike Simpson of The Dust Brothers, Bryce Soderberg of Lifehouse and many more.  When Abandoned Pools signed to Tooth & Nail, fans took to the Internet to proclaim their excitement for Tommy’s return.