At The Skylines join Roadrunner

California sestet At The Skylines are the newest signings to Roadrunner Records. 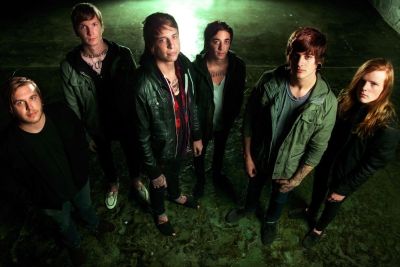 The band, who have been together since 2009, are presently recording their début album in Sweden. One of the outcomes of the band’s new professional relationship is being given the chance to work with producer Fredrik Nordstrom on their upcoming album.

One of At The Skylines’ vocalists, Mark Barela observes, “[It’s] a dream come true.” Guitarist Shawn Yates adds, “Fredrik is someone that I have looked up to my entire life when it comes to music. From the bands he has produced to the bands he has played in, he is flawless. I am still taken back by the opportunity that we have been given in working with him on our upcoming album.”

Andy Serrao, A&R agent for the label, says adding the band to their roster is a cause for excitement.  He adds, “In a short time the band has exploded into the heavy music scene and has won over fans with their great live show and infectious songs. We couldn’t be more excited to have them teamed up with producer Fredrik for their début record, the end result will no doubt be one of the most crushing records of 2012.”

More information on the band can be found on their Facebook page.