Black Veil Brides to release an EP in time for Christmas

Black Veil Brides are back with an EP. The three-song set and video is coming just in time for the holidays exclusively via iTunes. ‘Rebels’ is slated for release on December 12. 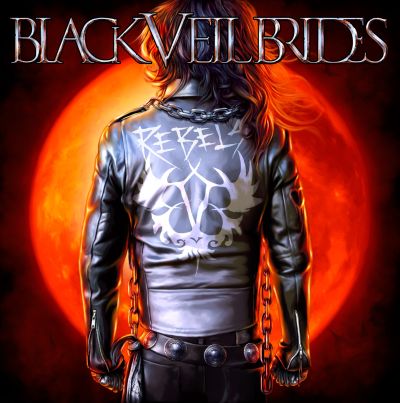 The EP contains ‘Coffin’, a new original track from the Black Veil Brides. It also features a cover of Billy Idol’s ‘Rebel Yell’ which the band has been playing live on the road and a cover of Kiss’ ‘Unholy’ featuring a guitar solo by Zakk Wylde. The EP also has the 6-minute director’s cut of the band’s latest video ‘Rebel Love Song’ which hasn’t been seen anywhere until now. Long-time BVB artist Richard Villa designed the cover for ‘Rebels’.

Black Veil Birdes are currently out on the road playing with Avenged Sevenfold on the Buried Alive Tour across the US. The arena tour kicked off November 23 in Fort Myers, FL and wraps up on the West Coast in mid-December. Black Veil Brides are touring in support of their latest Lava/Universal Republic Records release, ‘Set The World On Fire’, which was released on June 13.