Following an extended hiatus after 2008’s critically acclaimed ‘Intimacy’, the four piece of Kele Okereke, Russell Lissack, Gordon Moakes and Matt Tong reunited in New York in the winter of 2011, prompted by a creative impetus inspired by a dramatic year in world events, as well as a shared desire to rekindle their singular musical kinship on new album, ‘Four’. 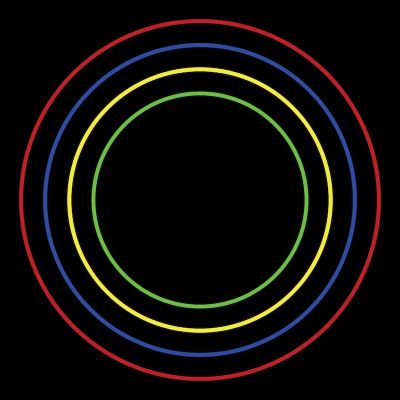 Teaming up with producer Alex Newport (Death Cab For Cutie, The Mars Volta, At The Drive-In), the band approached the new songs by tapping into the raw passion and energy that is well-known to anyone who has seen them perform live – setting aside digital and studio cosmetics in favor of a rehearsal room, their instruments, and the magic of their innate musical chemistry. In Kele’s words, “We wanted to challenge ourselves by not relying on the invisible grid that seems to be mapping out all of popular music these days.”

Always ones to explore a wide sonic and emotional palette, ‘Four’ rages through the barely-contained rock swagger and towering chorus of ‘Kettling’, jetting angular guitars and enticing melodic twists of ‘Octopus’, and breathless, exclamatory breakdown of ‘Coliseum’, while not losing touch with their more intimate side in the lush, shimmering romance of ‘Healing’, poignant falsetto underscoring the bittersweet shuffle of ‘Real Talk’, and warm arpeggios of uptempo ballad ‘Day 4′ that open into a spellbinding coda of crystalline guitars and distantly looming strings.

The tracklisting for ‘Four’ is below: