Bosco Delroy, the stylish purveyor of electronic-tinged rockabilly, is to release his debut full length album ‘Everybody Wah’ on Mad Decent on December 12. 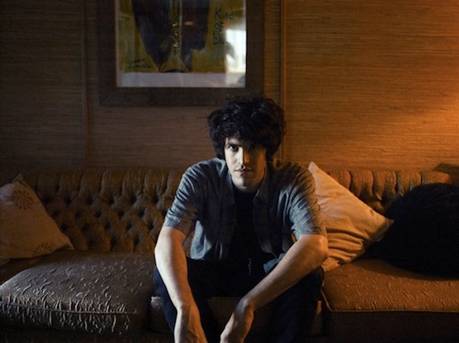 Hailing from New Jersey by way of Memphis, Bosco’s sound references the sounds of Sun Studios-era recordings, updating the lo-fi guitar twang with the use of an MPC drum machine and vintage synthesizer emulators to create a wall of distorted dance/grunge, with other influences ranging from southern rap to church hymns and dancehall. He spent the past summer in Memphis, TN recording the thirteen tracks with Doug Easley at his legendary studio whose alumni include the White Stripes, Sonic Youth, Pavement, Wilco and Cat Power.

With the first whistle of ‘Baby’s Got A Blue Flame’ Everybody Wah transports you into Bosco’s future world where any musical influence is fair game. Bosco let’s his rockabilly influences shine on ‘Don Haps’ with its twangy guitar driven beat building up to lush organ and vocal harmonies. ‘Lovely Sleepy Dead’ is a punk rock anthem taking influences from The Ramones and The Clash. Some tracks take their cues from 50’s doo-wop, while ‘Afterlife’ grooves with a mellow dancehall beat followed by ‘Cool Out”s hyper speed drum and bass, proving there’s no musical territory Bosco’s afraid to touch. ‘20 Flight Dub’ ends the record sending it off on dreamy synth and a light reggaeton beat over Bosco’s bedroom soul vocals. Every track on the record brings together new ideas and influences, making ‘Everybody Wah’ an entirely refreshing entry into the current music scene.