Independent US electronic act Celldweller has just announced a double-album deluxe edition reissue of his self-titled debut release in celebration of the 10th anniversary of the career defining record, along with a YouTube web series of behind-the-scenes videos showing the making of the album, interviews and unreleased footage. 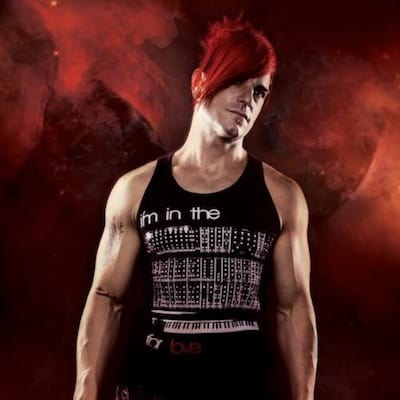 Available everywhere on June 11, 2013, the Celldweller album reissue will give fans access to an unreleased song, ‘Uncrowned’, originally written in 2000 for the debut release, but which sat incomplete until recent months when Klayton (Celldweller) prepared special material for the reissue.

In addition to looking back at the original 18-song release, which originally debuted as the #17 Billboard Internet Sales Chart Album and saw every track licensed to major Film/TV/Video Games, such as Spider-Man 2, Constantine, Doom, Catwoman, The Punisher, Mr. & Mrs. Smith, The Hills Have Eyes 2, Need For Speed: Most Wanted, Enter The Matrix, CSI, UFC, The Shield and dozens more, the deluxe edition will treat fans to over a full hour of rare/unreleased bonus tracks, from b-sides to remixes and unreleased demos.