Celldweller, the brainchild of electronic-rock artist and producer, Klayton, is one of the key musical artists behind the scenes for the highly anticipated CapCom zombie game ‘Dead Rising 2‘ (DR2).  With six songs from his catalog placed in the sequel as well as the writing force behind the game’s end-title theme, ‘Kill The Sound‘, which features a well known (but anonymous) guest vocalist, Klayton has created the perfect sonic environment to kill zombies to in ‘Dead Rising 2‘. 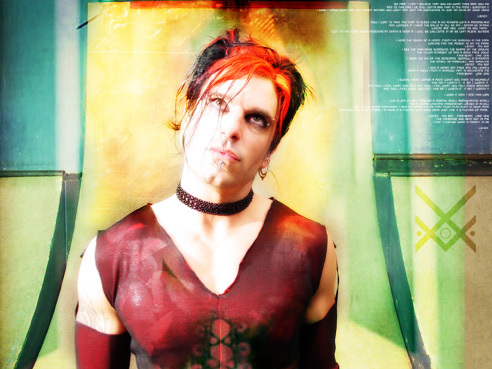 Throughout the game’s onslaught of zombies and destruction, the songs ‘Switchback‘, ‘The Best It’s Gonna Get‘, ‘I Believe You‘, ‘Eon‘, ‘Own Little World‘, and ‘Narrow Escape‘ from the Celldweller catalog will queue while the player relentlessly battles hordes of zombies and attempts to survive. ‘Kill The Sound‘ and ‘The Best It’s Gonna Get‘ were also previously heard through the Xbox Live demo, ‘Dead Rising: Case Zero‘, which was released on August 31, 2010.

Many of the songs heard in ‘Dead Rising 2‘ can be heard in the Celldweller live show as Klayton tours the world in 2010-2011. Visit www.celldweller.com/tour for complete tour details.

You can also get some of the tracks found in ‘Dead Rising 2‘ through a free video game and movie music sampler available from the FiXT Store (www.fixtstore.com/freestuff). The sampler includes the Celldweller songs ‘Switchback‘ (also heard in ‘Project Gotham Racing 3‘, ‘WCG Ultimate Gamer‘ and the track ‘Eon‘ from the ‘DR2‘, plus four additional Celldweller songs heard in such projects as ‘Iron Man‘, ‘Ninja Assassins‘, ‘Speed Racer‘ and ‘Need For Speed: Most Wanted‘.

Previously, Celldweller’s music has been heard by millions in film, TV and video games, including such projects as ‘Daybreakers‘, ‘American Idol‘, ‘The Gates‘, Criss Angel’s ‘Mindfreak‘, ‘Crackdown‘, ‘Forza 3‘, ‘H.A.W.X. 2‘ and ‘Enter The Matrix‘. Klayton has also created remixes for artists like BT, Pendulum and Criss Angel. With such a unique sound, Celldweller has reached a level of widespread media exposure rarely achieved by independent artists.