Slipknot and Stone Sour’s charismatic frontman, Corey Taylor will be in the UK to promote the release of his autobiographical ‘Seven Deadly Sins’ book, which is published by Ebury Press on July 12. 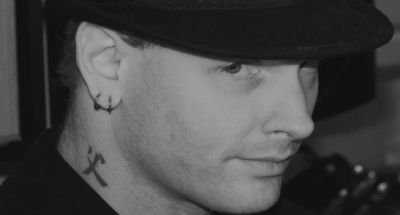 On Tuesday July 12, Waterstones will host ‘An Evening With Corey Taylor’ at the HMV Relentless Garage, in Highbury, London N5 to launch ‘Seven Deadly Sins’.   This exclusive evening will include a short acoustic set from Corey before he talks about his new book.  Tickets for the event are £25, and include a pre-signed copy of ‘Seven Deadly Sins’. They are available from here.

The following lunchtime (Wednesday July 13, 12.30pm) Corey will be doing an in-store signing of ‘Seven Deadly Sins’ at Waterstones, 24-26 High St, Birmingham.  The signing will operate on a first come, first served basis so please arrive early to avoid disappointment.  Later that evening at 7pm, Kerrang! Radio will present ‘An Evening With…Corey Taylor’, featuring an acoustic set and book reading at the HMV Institute in Birmingham. Tickets are £12.50 and available from here.

Those aware of Corey’s musical career know that he never sits still.  He recently wrapped a six week run with Stone Sour, headlining the Avalanche touring package in the US, whilst current album, ‘Audio Secrecy’ continues to rack up global sales.  This summer he returns to the fray with the Grammy Award-winning, metal superstars Slipknot, for a string of festival dates in Europe, culminating with their headline slot at the Sonisphere Festival at Knebworth Park on Sunday July 10.

‘Seven Deadly Sins’ is a brutally honest look ‘at a life that could have gone horribly wrong at any turn’, and the soul-searching and self-discovery it took to set it right.

The action begins in West Des Moines, Iowa, where Corey Taylor systematically set about committing each of the ‘Seven Deadly Sins’. He got rich and famous and immersed himself in booze, women, and chaos until one day he realised, suddenly, that he didn’t need any of that at all.