Well, it’s pretty horrible and snowy, but to keep everyone happy Corey Taylor, frontman of not one, but two multi-million-selling bands in Stone Sour and Slipknot, and sometime solo artist, is to release his first solo single, titled ‘[email protected]$‘ through Roadrunner Records on December 12. 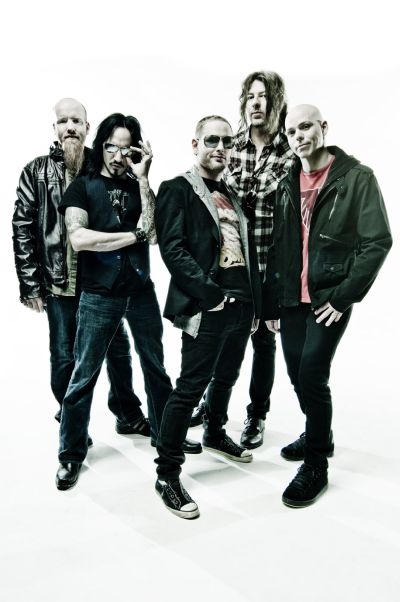 Corey explains as follows: “I wrote this song in my kitchen one winter, listening to people bitch about the holidays. Personally, I love the holidays, but they seem to bring on severe stress in most people. So, I wrote this in honour of crotchety, drunken bas***** who don’t know the difference between a yuletide and a toolshed. Plus, I think it’s funny. I bet the UK will too. They’re some of my favourite people in the world.”

Last month, when a gap arose during the recent Stone Sour UK tour, Corey hot-footed it over to Metropolis Studios in Chiswick, West London, and tracked the tune in a single afternoon. The lyrics showcase Corey‘s sense of humour and irreverence in full force, dispensing a fat dose of jocular stick-poking at those who loathe the holiday season. However, Taylor‘s joviality doesn’t stop with the song words, as he even drops a sneaky “Hi Simon!” in the single’s fade-out, as a nod to Mr Cowell and his Xmas-hijacking X-Factor squad.

Check out a stream of the track here: http://snd.sc/gQOrv6.

You’ll be able to pick up ‘[email protected]$‘ from all leading digital retailers, including i-Tunes, Amazon.co.uk and Play.com. Corey has decided to donate proceeds from the Christmas sales to Teenage Cancer Trust.