DESPITE TRAGEDY, GWAR UK TOUR FOR JANUARY GOES AHEAD

Home » DESPITE TRAGEDY, GWAR UK TOUR FOR JANUARY GOES AHEAD

Despite the tragic news that guitarist Cory Smoot (aka Flattus Maximus) had passed away only a few days ago, GWAR have confirmed, through their management, that the twelve date tour of the UK, planned for the month of January 2012, goes ahead as planned. 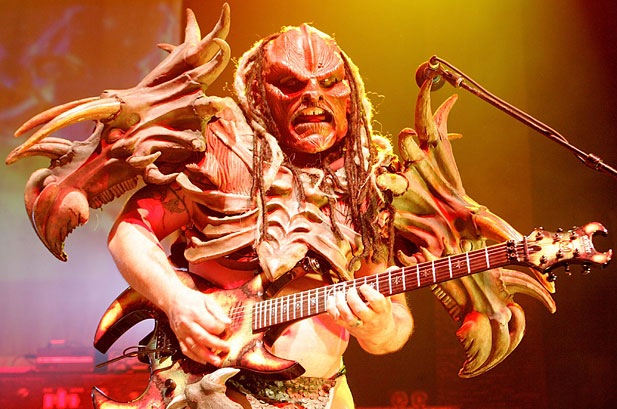 A full statement on the guitar position etc., will follow as soon as possible but lead singer Dave Brockie (aka Oderus Urungus) has officially announced the retirement of Flattus Maximus in honour of Cory.

“I heard Cory tell a story about how some 20 years ago he was fourteen years old, at his first GWAR show, grabbing at the rubber feet of our then-current Flattus, and how blown away he was at the fact that now HE was the one getting his feet pulled by the same kid that he used to be. Cory was always in awe of the patterns of life and went through it with a wide-eyed amazement that translated through his playing. I’ve never known anyone who could pick up literally any instrument and rock it the first time he touched it, and more than that make it look easy. Behind that rubber monster outfit, and sometimes even obscured by it, was one of the most talented and beautiful people I have ever known. I know everyone who’s life was touched by Cory truly loved him, as do we, his bandmates and brothers.”