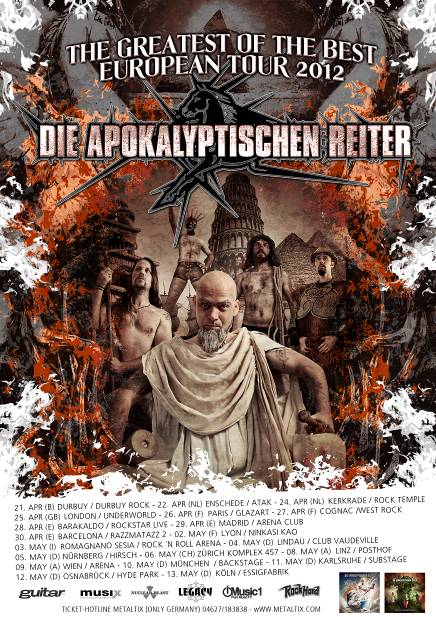 For the tour start on the April 21 at the Durbuy Rock Festival in Belgium, Germany’s Emil Bulls will join for eleven shows in Benelux, France, UK, Spain and Italy as the main support. For the shows in the German-speaking areas, (Germany, Austria and Switzerland), Kontrust were chosen. Based in Vienna, Kontrust have caused a stir over the past two years with their visuals and energetic live performances. The position for the opening act during the whole Europe tour was filled by the five Danes in melodic metallers Malrun.

Tickets are available at all known ticket agencies.

The only UK date is listed below.

For all others check the poster above, or visit the official DAR website.