This year’s Download Festival line-up just keeps getting bigger and better, as festival organisers announce a further 43 bands, along with details on how to purchase Day Tickets for this year’s festival which takes place in Donington Park on June 10-12. 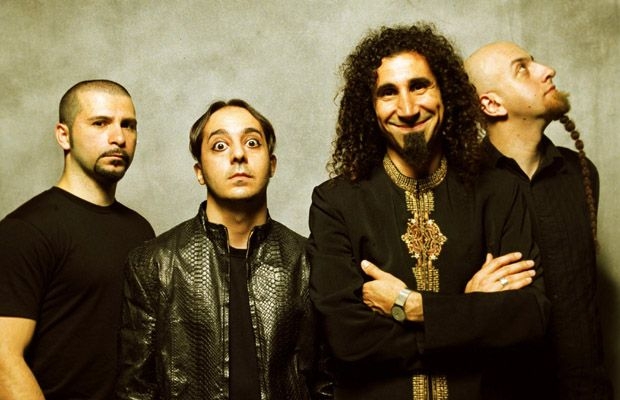 The Day & Stage splits for Download Festival have also been revealed. Def Leppard, Pendulum and the dark metal of Danzig are playing on the Friday night, with the much anticipated return of System Of A Down, the theatrically spectacular Alice Cooper and Funeral For A Friend on the Saturday. Heavy rock from Linkin Park as well as Rob Zombie and the folk-punk of Frank Turner will be heard on the Sunday night.

Alongside the Main Stage and the Second Stage, this year’s Download presents the Pepsi Max Stage, which will host performances from the likes of Times Of Grace, The King Blues and Framing Hanley across the weekend.

Also returning to Download is the Red Bull Bedroom Jam Stage. The live webcast platform for up-and-coming bands will be bringing some of the best new and established acts from across the UK and beyond. Once again, eight successful bands from the search for new talent will be joining the stage line up. With eight weeks left to enter there’s still the chance to be one of those bands, by visiting here.

BioHazard are also now confirmed to take to the stage at this year’s Download. The band influenced generations as one of the initiators of ‘metal rap’, and will bring their New York cult metal sound to Donington.

After the success of their debut album ‘All Our Kings Are Dead’, and fresh from sell-out headline dates, UK rockers Young Guns are also ready to rock out at this year’s festival. They are joined by Skindred, known for their ‘ragga metal’ style mixing metal, punk rock and reggae.

Finnish death metal five-piece Children Of Bodom have also been added to the bill, as well as US punk rockers Anti-Flag. Returning to Download for the second time is comedian Al Murray’s band T-34, as well as ex-Chiodos frontman Craig Owens’ new band Destroy Rebuild Until God Shows (D.R.U.G.S.).

Baptized in Blood will be making a UK stop straight from the US to play selected dates including Download ahead of their European tour. They’re joined by the Canada’s My Darkest Days, British new wave metallers Sweet Savage, Swedish rockers Royal Republic, US post-hardcore rockers Silverstein, Skeletal Damage and indie pop punkers The Dangerous Summer.

Also announced are Static-X frontman Wayne Static, heavy metal trio The Rods, Houston, Belligerence, who will be performing material from their new self-titled EP, UK-rockers The Dead Lay Waiting, melodic metallers The Morning After, off-the-wall punk rockers Oaf and post-apocalypse style heavy rockers October File. Bringing melodies and epic energy to crowds at Donington are Starseed, joined by heavy rockers TRC and Envy of the State who return to the UK from a tour in the US. Returning to Donington for the second time are LA-metallers Rock Sugar, Brit punk rockers Blitz Kids and Heights. Finally, Illuminatus bring their Anathema-likened progressive rock to Download, as well as Danish rockers Kellermensch.

Limited Day Tickets for Download will go on sale at 9am Friday April 15 priced at £75 (plus booking fee) from the official Download website. Weekend tickets, guest area passes and RIP packages are all available to purchase from the Download website as well.

For those wanting to get their fill of rock and metal before they head to Donington in June, a series of Download Club Nights has been announced to take place throughout April in rock clubs up and down the UK. There will be various giveaways at each club for CD’s and merchandise, as well as a top prize of VIP weekend tickets with camping and car park pass to Download.