The Vinyl Factory is proud to present a collector’s edition of Duran Duran’s new critically acclaimed album ‘All You Need Is Now’, produced by Mark Ronson. Estimated shipping date is May 30, 2011. 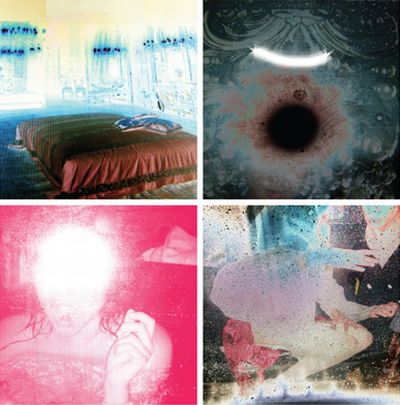 The album is limited to only 500 copies worldwide, and available to order exclusively from The Vinyl Factory.

– A hand-crafted, transparent black Perspex box with clear face on outer front, providing an artwork frame that can be individually tailored by the owner.

– Five heavyweight 180-gram clear vinyl records pressed on the classic EMI 1400, each mastered for vinyl, with the new album pressed across two records. Plus an LP of bonus tracks and two 12″ remixes (full tracklist available on request), including the much sought-after David Lynch reworking of ‘Girl Panic!’

– Exclusive 36-page book with lyrics silver foiled onto black pages, housed in a gorgeous silver mirrored paper cover. Each is hand signed and numbered by the members of Duran Duran.

Work on ‘All You Need Is Now’ started in the late Spring of 2009, at Sphere Studios in London. As the much-anticipated Duran/Ronson union flourished, and the writing and recording of an exciting new body of work began, Ronson boldly stated that he felt they were making the “imaginary follow up to Rio that never was.” Acclaimed as their best album for 18 years, ‘All You Need is Now’ features guest vocals/rap from longtime Duran Duran pal/collaborator Ana Matronic of the Scissor Sisters and R&B/neo-soul superstar Kelis, while Owen Pallett of Arcade Fire contributes the album’s string arrangements.

The Vinyl Factory is an independent British company that aims to bring together art and music by creating ultra-premium handmade vinyl editions in strictly limited quantities. This century-old landmark in British manufacturing now presses over 50% of the UK’s vinyl.

The limited edition album is priced at £250.00 and is available to pre-order now exclusively from here.