WVM, the electronic rock project of a US-based multi-instrumentalist (who also creates under the moniker WVM), will unleash a new album this year. The record, titled ‘The End Is Only The Beginning’ has no definite release date as of yet, but the tracklisting as it stands is available below. The collection will feature former Nine Inch Nails member and Tweaker mastermind Chris Vrenna (pictured) on drums for three songs. A Perfect Circle (and former NIN) sticksman Josh Freese will also feature on four tracks from the record. 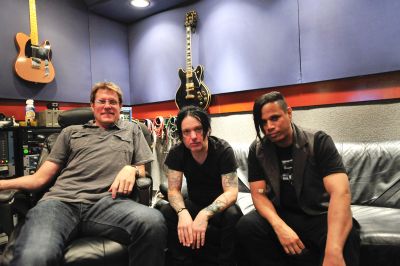 Speaking about his collaboration with Chris Vrenna, WVM says: “I’m very happy to have Chris Vrenna playing drums on my tracks, he’s one of my favourite all time musicians and an amazing artist. I would consider this new album to be my first legitimate recording even though it’s still self-financed. Everything I have done in the past was done with a demo attitude in my mind and done very quickly, this next album is the first time I approach making an album with great patience and extreme focus at heart to create something that transcends.”