Experimental new sounds by the Get Up Kids

A new single by The Get Up Kids is released on October 10. 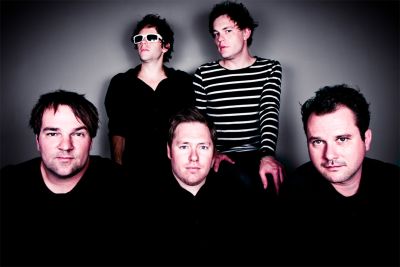 Frontman Matt Pryor says recording ‘Rally Round the Fool’, one of the first compositions for its parent album ‘These Are Rules’, took time to craft; “Lyrically, it’s mostly about independence. Freeing yourself from relying too much on others for better or for worse.”

The vocalist and guitarist comments the track’s B-side, ‘Past Is Past’, offers a chance for the band to experiment; “[It’s] trying to find that balance between being creative but not going completely off the deep end. The front half and the back half are almost two different songs united by a common melody.”

The Get Up Kids are touring Europe during the autumn, taking in two dates in the UK:

Pryor says he is excited at the prospect of the UK shows; “Good friends, good beer, good shows… what’s not to love?” Tickets for the gigs are available via the Kililive website.