Frightened Rabbit, have announced details of a very special Scottish Highlands tour set to take place this April. With a mix of Frightened Rabbit acoustic shows and full band sets on the cards, the indie quintet will be playing intimate venues – as low as 100 capacities – across their native Scotland. The run of dates kick off with the band’s acoustic shows at Gourock’s Café Continental on April 11, with dates following in Perth, Forres, Ullapool and Isle of Mull. The full band set-up’s commence shortly after at Aviemore’s Old Bridge Inn on April 18, continuing through Stornoway, Portee, Strathpeffer, before finishing up in Dunoon on April 22. 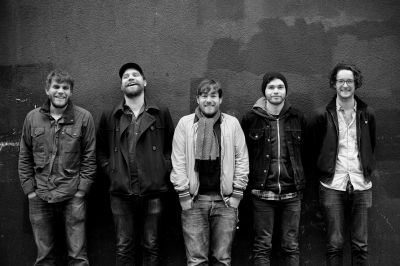 Since releasing their debut album ‘Sing The Greys’ in 2006, the band has gone from strength to strength, building a dedicated fanbase and selling out shows nationwide and stateside. Frightened Rabbit will shortly be starting work on their fourth studio album – their debut on Atlantic Records. Scott Hutchinson says of the forthcoming release – “The new record has taken a slightly more stripped back direction than the last album. It’s a little darker – we’ve been writing in the minor key a bit more, and the whole thing has been a far more collaborative effort, which has lead to interesting new elements appearing in the songs.”

Having never played in many of the places on the upcoming tour, it’s sure to be a very special occasion for both the band and the fans. “I think the great thing about this tour is the fact that we’ll be playing to a lot of people who have never been able to see the band before. We’ve never even visited some of these towns, and I can’t think of a better way to see your own country than to jump in a van and play some shows. It’s been something we’ve all been really keen to do for some time, and it’s exciting that it’s finally come together,” says Scott.