Gallows are pleased to announce that recording for their as yet untitled third album, and follow up to 2009’s ‘Grey Britain’ album is now underway. Due for release in September, the band are recording with old Watford friends Steve Sears and Thomas Mitchener in a local studio to ensure they capture the raw, primal noise that is currently flooding from the new line-up of the band. 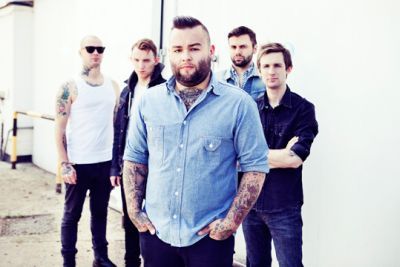 The album will be released on the bands own label in partnership with PIAS Recordings. The band can now announce that the label will be called Venn Records.

“For the last seven years we have trudged step by step through the dark sewers of music industry,” say the band. “Shaking hands with snakes and signing contracts drafted by thieves with perfect teeth. We are happy to announce that we have become part of the problem. All hail Venn Records.”