Halestorm forecast for UK in February (and April)

An influential band with a brother and sister at its nucleus prepare to release a new raft of material. 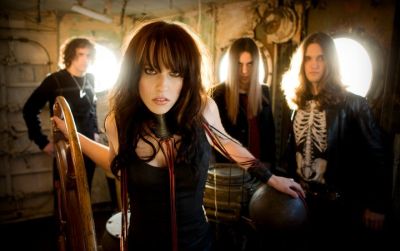 Now signed to Roadrunner Records, Halestorm, the band’s second album, entitled ‘The Strange Case Of…’, is due for issue on April 9.  A four-track EP, by the name of ‘Hello, It’s Mz. Hyde”, is a taster for the LP and is out on February 5.  An audio preview of the EP is now available via their YouTube channel:

Halestorm will perform live in the UK next month around the time of the EP’s release, with new labelmates Shinedown providing a support slot; the confirmed dates are:

Information on geting tickets for these shows, and everything else about Halestorm, can be found on the band’s website.