A range of classic video game characters are joining the roster for the PlayStation 3 version of Street Fighter X Tekken. 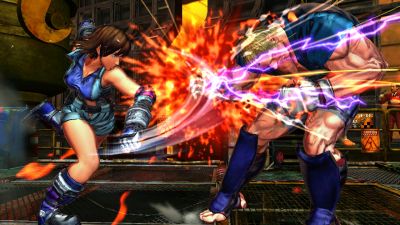 The arrivals include none other than Megaman, depicted in his first-game US box art incarnation from 25 years ago, and PacMan, who creates an in-game combo with Mokujin.

Further exclusive characters, Cole from ‘Infamous’, and Toro and Kuro together, will also be available to PS3 players when the crossover game is released on March 6; the Xbox version, on sale on the same day, will not feature these characters.

Here’s a trailer showing how Megaman and PacMan integrate into gameplay: