HIM to release Greatest Hits collection with brand new single

This year HIM, one of Finland’s most successful bands at home and abroad celebrate 20 years by releasing a compilation album ‘XX – Two Decades of Love Metal’. 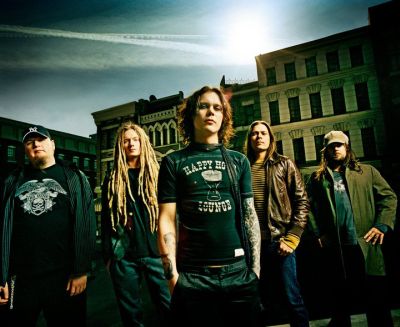 This is the first compilation by the band that covers their whole career. The celebratory compilation includes one new track, a cover of ‘Strange World’ – the first new material from HIM since 2010.

Kevin Grivois known by the artist name Ké released the track in the 90s, and it’s one of the personal favourites of Ville Valo. ‘Strange World’ is released digitally on Friday, September 21. A music video has been shot for the track. The compilation will be released globally by Sony Music.

When the band was founded in the beginning of the 90s, the name was His Infernal Majesty, later the abbreviation HIM was introduced. HIM started calling their music love-metal in 1996.

In September, HIM will start working on a new studio album to be released in winter 2013. HIM can be seen on tour and at festivals in the spring, summer and fall 2013.